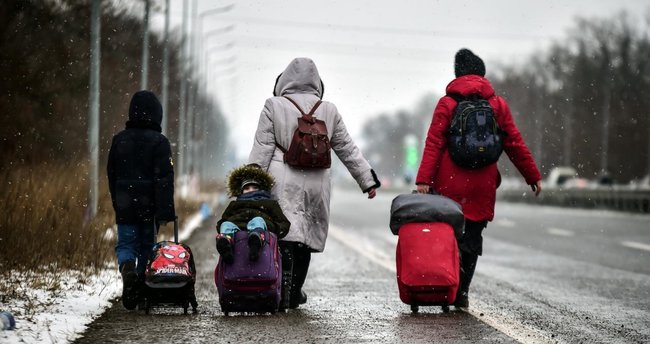 Polish authorities must stop locking up migrants near the Belarus border and put an end to the “very different” treatment of Ukrainian and non-Ukrainian refugees, the United Nations Special Rapporteur on migrants’ rights has said.

Felipe Gonzalez Morales on Thursday praised the actions of Polish authorities and citizens who have given protection and assistance to more than two million Ukrainian refugees and lodged them in their homes since the start of Russia’s invasion in February.

Some people fleeing the war have been from third countries, often in the Middle East, Asia or Africa, who had been studying or working in Ukraine at the time of the invasion.

“I note with concern that this double standard approach has led to feelings of being discriminated among third country nationals,” Morales said in a statement following a trip to Poland and Belarus on July 12-25.

There was no immediate comment on Morales’s statement from Poland’s government or the Polish border guard service.

As well as the fallout from the war in Ukraine, Poland has faced attempts by tens of thousands of migrants and refugees since mid-2021 to cross its border with Belarus and enter the European Union.

The crisis prompted Poland to set up an emergency zone, build a steel border barrier and introduce a campaign of pushbacks. Meanwhile, estimates suggested at least 20 migrants and refugees have died in the area’s freezing forests and bogs.

Morales said these migrants and refugees, many of whom are from the Middle East and Afghanistan, were “routinely” being locked up in de facto detention centres in Poland near the border, including children, in violation of international humanitarian law. He said he had personally visited one of the centres and had seen dozens of family members with children lodged there.

“I urge relevant authorities to immediately release unaccompanied children, children with their families, pregnant women and individuals with mental conditions into open facilities,” he said.