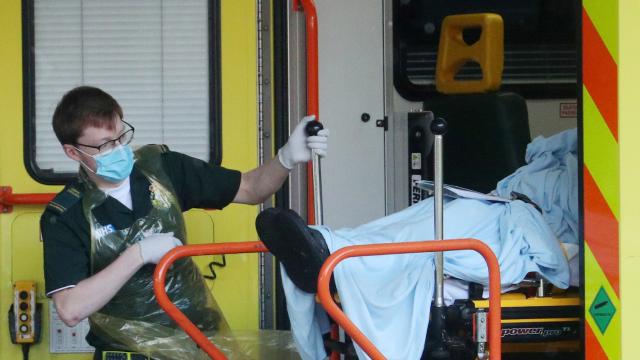 Black and Asian people in England have to wait longer for a cancer diagnosis than white people, with some forced to wait an extra six weeks, according to a “disturbing” analysis of NHS waiting times.

A damning review of the world’s largest primary care database by the University of Exeter and the Guardian discovered minority ethnic patients wait longer than white patients in six of seven cancers studied. Race and health leaders have called the results “deeply concerning” and “absolutely unacceptable”.

The analysis of 126,000 cancer cases over a decade found the median time between a white person first presenting symptoms to a GP and getting diagnosed is 55 days. For Asian people, it is 60 days (9% longer). For black people, it is 61 days (11% longer).

Some of the differences in wait times for specific cancers are incredibly stark. The median time for white people to get a diagnosis for oesophagogastric cancer – of the stomach or oesophagus – is 53 days. For Asian people it is 100 days, more than six weeks longer than the median seven weeks’ wait for white people.

In myeloma, the third most common type of blood cancer, the median diagnosis wait time for white people is 93 days. For black people, it is 127 days – more than a month longer.

The government and the NHS have repeatedly promised to tackle ethnic inequalities in healthcare. Experts say the findings show serious action is needed to understand how and why black and Asian people wait longer – and to prevent it from happening.

“These findings are deeply worrying, with potential life-altering consequences for the health of black and Asian people,” said Jabeer Butt, the chief executive of the Race Equality Foundation.

The differences are “disturbing” but “sadly not surprising”, he added. “We urgently need to address these underlying factors holding black and Asian patients back from getting a fair chance when it comes to fighting cancer.”

The University of Exeter looked at 126,000 cancer cases in England between 2006 and 2016. The data covered the four most common cancers – lung, breast, prostate and colorectal – and three commonly diagnosed in ethnic minorities: oesophagogastric, myeloma and ovarian.

The findings “help explain” why ethnic minorities “have poorer outcomes for some cancers, and report worse experiences of healthcare”, said the University of Exeter researcher, Tanimola Martins. “We urgently need to understand why this is the case for black and Asian groups.”

Michelle Mitchell, the chief executive of Cancer Research UK, which funded the research, said that while the differences are “unlikely to be the sole explanation for the inequalities in cancer survival”, at the very least “extended wait times may cause additional stress and anxiety for ethnic minority patients”.

The median myeloma diagnosis wait time for black people was 37% longer than for white people, the Guardian also discovered. Dr Sophie Castell, the chief executive of Myeloma UK, said myeloma patients in general, and black patients in particular, experience some of the longest waits for a diagnosis in the country. The disparity will probably worsen as a result of the pandemic, she added.