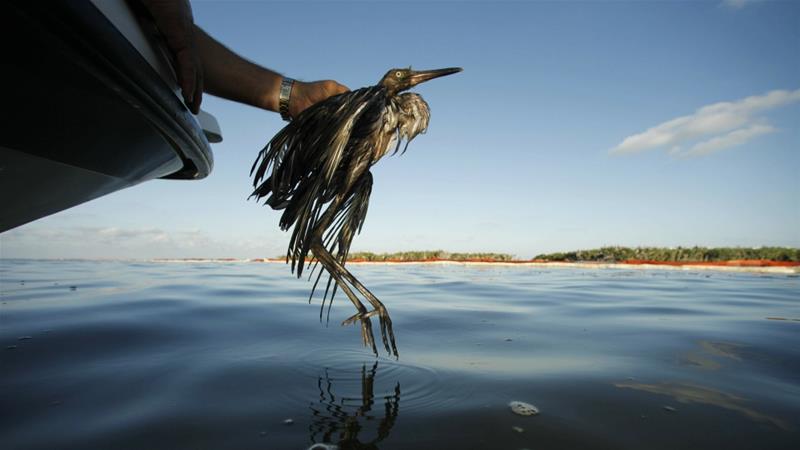 A plan by the Trump administration to change the rules under the Migratory Bird Treaty Act could devastate the population of threatened and endangered species and accelerate their decline across North America, a former US wildlife official has warned.
Dan Ashe, a former US Fish and Wildlife Service Director, told the The Associated Press news agency news agency that for years the law’s threat of prosecution served as “a brake on industry” and had probably saved billions of birds.
“Removing that obligation, if it stands, over the next several decades will result in billions of birds being casualties,” said Ashe, who served in the Obama administration. “It will be catastrophic.”
Industry sources and pollutants kill an estimated 450 million to 1.1 billion birds annually, out of an overall 7.2 billion birds in North America, according to recent studies by the US Fish and Wildlife Service.
Under the 50-year practice in the migratory bird law, criminal penalties are being used to put pressure on companies into taking measures to prevent unintentional bird deaths.
The Trump administration dismissed Ashe’s dire prediction, contending companies will continue to avoid bird deaths voluntarily.
The 1918 migratory bird law was passed after many US bird populations were destroyed by hunting and poaching, much of it for feathers for women’s hats.
Over the past half-century, the law was also applied against companies that failed to prevent foreseeable bird deaths.
However, the Trump administration says deaths of birds that fly into oil pits, mining sites, telecommunications towers, wind turbines and other hazards should be treated as accidents not subject to prosecution. And an Interior Department proposal would cement that into federal regulation.
Source: AJ