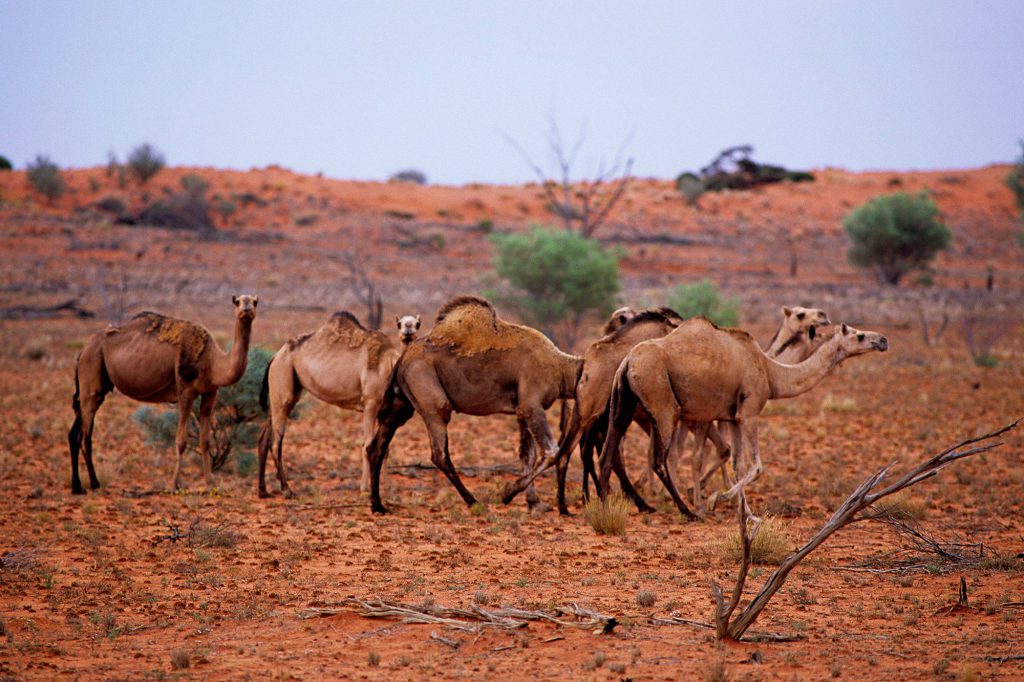 The body count doesn’t seem to come at a halt even after nearly half a billion animals lost their lives in the Australian bushfires.
The Australian authorities are planning to cull down thousands of feral camels to preserve the already scarce water sources in the Aboriginal district of Anangu Pitjantjatjara Yankunytjatjara, reported New York Post.
According to the Australian Broadcasting Corporation, helicopter-borne professional snipers would try to shoot down anywhere between 4,000 to 5,000 camels in South Australia’s northwest region that lies adjacent to the fires that have ravaged New South Wales since September.
Going by the official estimates, nearly 10,000 camels are migrating in the APY territory, which poses a looming threat upon the infrastructure and resources belonging to the local communities.
Feral camels are considered as an invasive species in the outback and according to National Geographic, can drink around 30 gallons of water in one go. The seemingly brutal step begins to make sense considering the fact that if thousands of such animals congregate in a particular region; a water crisis is bound to ensue.
As an upside, the insatiable thirst of camels opens up a golden window for land conservationists to get these animals within a relatively restricted space that would make culling much more easily.
“It gives us an opportunity to get them while they’re all together because generally they’ll go and move around the desert in smaller herds. So while they’re all together, it’s a great time to have a cull and clean out some of the animals that are destroying some of our native vegetation,” said Richard King, an APY official.
South Australia’s Department for Environment and Water has ensured that the camels “will be destroyed in accordance with the highest standards of animal welfare.”
The carcasses left after the operation are planned to be gathered at one place and incinerated, which would prevent any sort of water body contamination due to decomposing corpses.
Source: GN