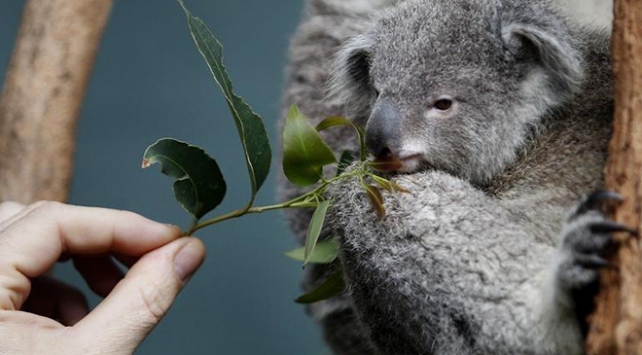 Dozens of koalas have been found dead or injured at a timber plantation in the Australian state of Victoria, sparking an investigation by officials.
Blue gum trees – an important koala habitat – were harvested from the plantation in December, leaving only a few isolated stands of trees.
Some koalas had starved to death in the remaining trees. Others were apparently killed by bulldozers.
About 80 surviving koalas have been removed and are being cared for.
The deaths come after tens of thousands of koalas were killed in the bushfires that have ravaged Australia. The marsupial is listed as “vulnerable” by Australia’s Environment Ministry.
After the plantation was logged in December, reports of hundreds of starving koalas came in, environmental group Friends of the Earth Australia said.
“People apparently witnessed the bulldozing of many dead koalas into slash piles,” it said.
The Department of Environment, Land, Water and Planning said it was prepared to prosecute over the incident.
Local resident Helen Oakley, who first raised the alarm on Wednesday, posted a video to Facebook, saying she had seen dead koalas at the site.
“There are koalas lying there dead,” she said. “Mothers killed and their little babies. Australia should be ashamed of this. We need help.”
Animal protection group Animals Australia said it has sent teams to the site in order to “save as many of these precious animals as possible”.
Source: BBC