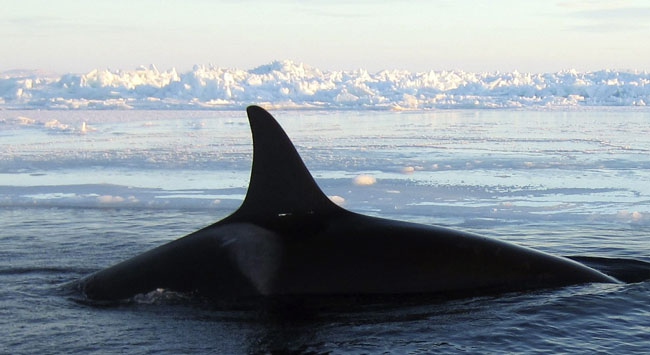 The International Whaling Commission (IWC), which was established in 1946 in order to “protect the amount of whale correctly and ensure the regular development of the whaling industry”, is organized by whaling in the world.
Although the IWC had a moratorium that prohibited commercial whaling in 1986, Norway and Iceland continued to whale by declaring their official appeal and setting their quotas themselves.
Japan, on the other hand, continued whaling under the category defined by IWC as “special-permission (scientific) whaling”.
Accused of “commercial whaling” under the name of scientific hunting, the Tokyo administration decided to leave IWC in December 2018 when it failed to convince IW C to allow quota commercial hunting.
Norway surpasses Japan in 2019
Japanese 5 fishing ships sailed for commercial whaling on July 1, 2019. By the end of December, the government allowed fishermen to 227 whales, 52 of which were minkees.
Iceland, 426 whale hunting quota by 2023 to fishermen, although the hunting company Hvalur hf, whale meat in the country due to reduced demand and other factors announced that this summer will not hunt.
Norway, on the other hand, has increased its quota every year since 2005 despite the lack of demand in the domestic market.
The Oslo administration increased the quota from 797 in 2005 to 999 in 2017. In 2018, the quota increased by 28 percent to 1278 and remained the same this year. The number of active whaling ships has fallen from 31 to 12 in the last 14 years.
According to IWC data, in Norway, where the season began in April and ended in August, 432 whales in 2017 and 454 minke whales were hunted in 2018.
Japan in 2017, 462 of the minke 596, in 2018, 505 of the minke 640 whale fished.
Norwegian fishermen, according to “OceanCare”, 429 whales in the season of 2019, Japan’s quota was almost twice the whale.
Norway’s “whales eat human-consumed fish” thesis refuted
Norway hunts minke whales, the smallest of the whales in the North Atlantic (toothless whales).
Claiming that the population of Minke whales is much higher than scientists estimate, Norway justifies its continued whale-hunting with the thesis that whales are responsible for the reduction of global fish.
However, scientists refuted this view by finding very limited overlaps when they matched the fish species that humans usually consume and those of whales.
Scientists say there is no strong evidence that whales or other sea creatures are consuming the fish they eat, and the decrease in fish stocks is clearly due to the overfishing of mankind.
Norwegians don’t want fish meat
On the other hand, although management increases whaling quotas, demand for whale meat in Norway is extremely low.
Whale meat is mostly consumed in tourist restaurants and cruise ships, according to a survey conducted in the summer of 2019, only 4 percent of Norwegians often eat whale meat.
60 percent of the respondents stated that they have not eaten fish meat for a long time. 75 percent of the youth among the participants stated that they did not eat any fish meat.
Despite this lack of demand, the government subsidizes research on the use of whale oil and is trying to export whale meat to Japan, the Faroe Islands and Iceland.
Inhumane hunting methods
Norway is also severely criticized for the brutal methods of whaling, and the fact that it keeps more and more of these methods.
Whales are still hunting in a wild way speargun.
Spearguns equipped with explosives penetrate into the whale about 30 centimeters. These bombs explode inside whales, leaving sharp claws that stick into the flesh of the animal and make it easier to drag into the boat.
With this method, the speared whales suffer pain, as the probability of a clean and accurate stroke is usually low, resulting in rapid death.
Easy Target Pregnant Whales
According to official statistics, in 2000-2015, more than two-thirds (68 percent) of minke whales killed by Norwegian whalers were female whales, while more than 40 percent were pregnant.
Fishermen do not specifically target pregnant whales, but these whales become easy targets because they move more slowly than their counterparts.
Source: National News