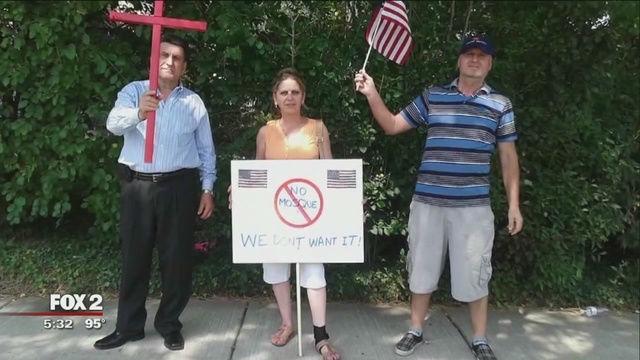 Muslims sue Michigan town that refused permission for a mosque. When officials in Sterling Heights voted 9-0 to refuse permission to build a mosque last summer, they said they had done so over concerns about traffic. But many in the Michigan community suspected a more sinister motive. Now, the community has filed a lawsuit, accusing the officials of discrimination after uncovering emails that showed officials talked of their fears abut being investigated because the mosque leaders might be “terrorists”.
“With a vociferous and racist member of the Planning Commission leading the charge, the Planning Commission voted to reject the site plan,” said the lawsuit, filed in US District Court in Detroit on Wednesday.
“With no other choice, the American Islamic Community Centre has filed this suit seeking equitable relief to build the mosque and seeks damages as the City of Sterling Heights’ conduct violates, among other things, the Religious Land Use and Institutionalised Persons Act…and the First and Fourteenth Amendments to the United States Constitution.”