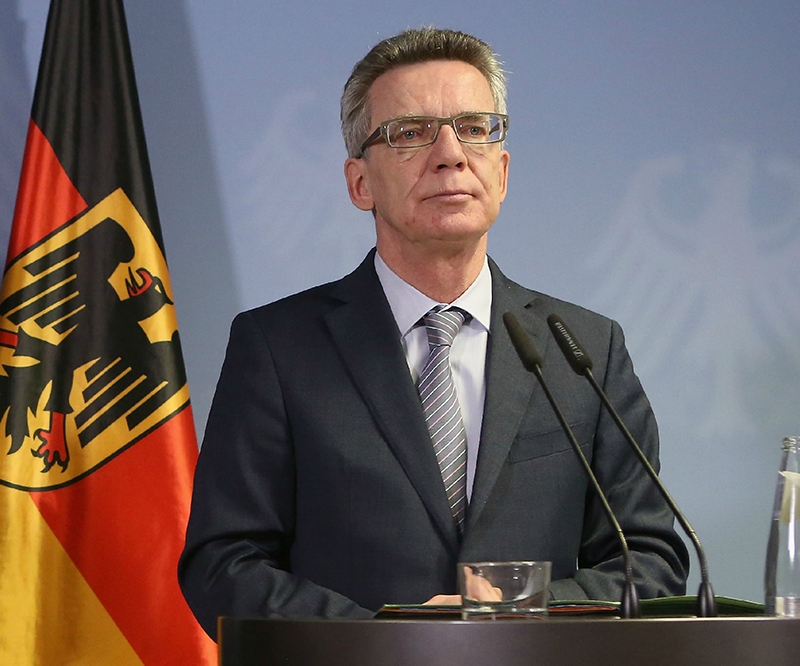 German Interior Minister Thomas de Maiziere on Wednesday defended a leaked government report alleging Turkey was a hub for Islamist groups, a charge that has further strained tensions with Ankara, a key partner in efforts to stem mass migration.
De Maiziere told German regional broadcaster rbb: “There’s nothing to regret,” when asked if he regretted the paper. He said the report showed one aspect of Turkey but that there were other aspects beyond that.
The government report, disclosed by German public broadcaster ARD this week, said Turkey had become a hub for Islamist groups and that President Tayyip Erdogan had an “ideological affinity” to Hamas in Gaza, the Muslim Brotherhood in Egypt and groups of armed Islamist opposition in Syria.