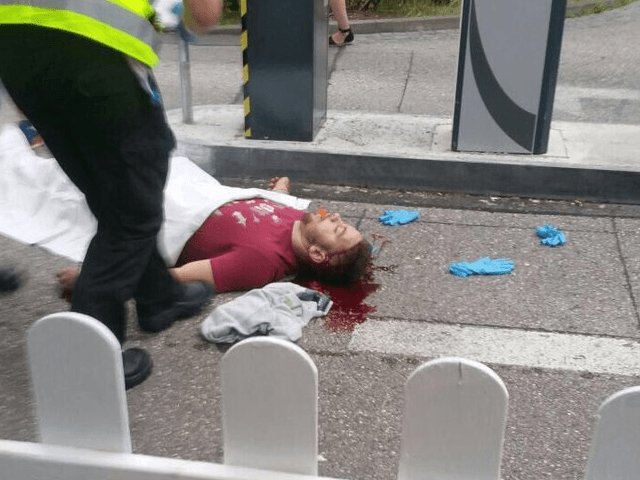 A video of the shooter arguing with residents shows him screaming “You fucking Turks!”
according to one report.
Perpetrator: “shit Turks.”
…
Perpetrator: “I am a German.”
Residents: “A wanker you are!”
Perpetrator: “I was born in Germany, in a Hartz-4- area”
There are conflicting reports: we know that the shooter says “I’m a German” but there are disagreements on whether or not it was the shooter or someone else on the balcony who says “fucking Turks!”
Balcony Man: ” You fucking Asshole you…”
Shooter: “Because of you i was unemployed for over seven Years”
Balcony Man: “you cunt you, you re a cunt!”
Shooter: “…and now ill have to buy a gun to shoot you, shitty Turks!”
Balcony Man: “A gun fuck off your head isnt right”
Shooter and balcony man shouting at each other.