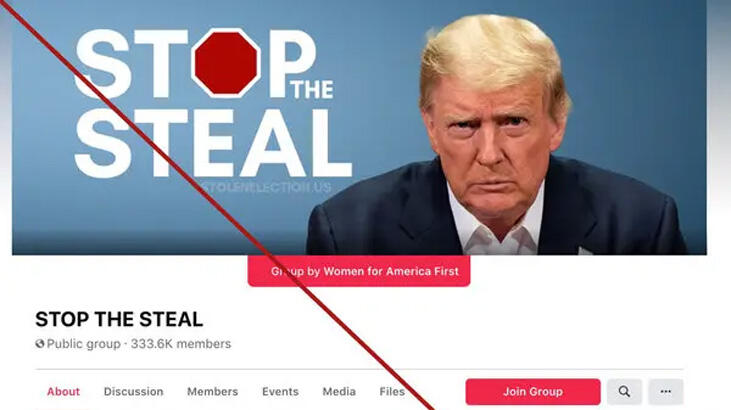 As of Thursday morning, a huge Facebook group called “Stop the Steal” was organizing rallies and fundraising to challenge election results across the US. The group accumulated more than 300,000 members in the less than 48 hours it existed before Facebook removed it on Thursday afternoon.
“In line with the exceptional measures that we are taking during this period of heightened tension, we have removed the Group ‘Stop the Steal’ which was creating real-world events,” a Facebook company spokesperson said in a statement. “The group was organized around the delegitimization of the election process, and we saw worrying calls for violence from members of the group.”
The Stop the Steal group, created on Wednesday, was littered with election misinformation accusing Democrats of plotting to steal the 2020 presidential election from President Donald Trump before it was taken down. Earlier on Thursday, Mother Jones reported that the group appeared to have been organized by Republican operatives and other people with ties to the tea party. The group also appeared to be linked to a group called Women for America First. This group was formed in 2019 to protest Trump’s impending impeachment, according to Mother Jones. One Women for America First co-founder, Amy Kremer, is a former tea party activist.
Over the last week, conspiracy theories regarding the 2020 presidential election have run rampant on platforms like Facebook and Twitter. The Stop the Steal Facebook group included many posts espousing debunked claims that election workers were throwing out ballots or that voters in Maricopa County in Arizona were asked to vote with Sharpies that would make their ballots illegible.
Before Facebook removed the group on Thursday, posts encouraged users to visit StolenElection.us. There, users were directed to add their names to what appeared to be a mailing list in case the Facebook group was removed. The website URL was registered to group called Liberty Lab, a conservative digital services firm, according to Mother Jones.
Source: The Verge