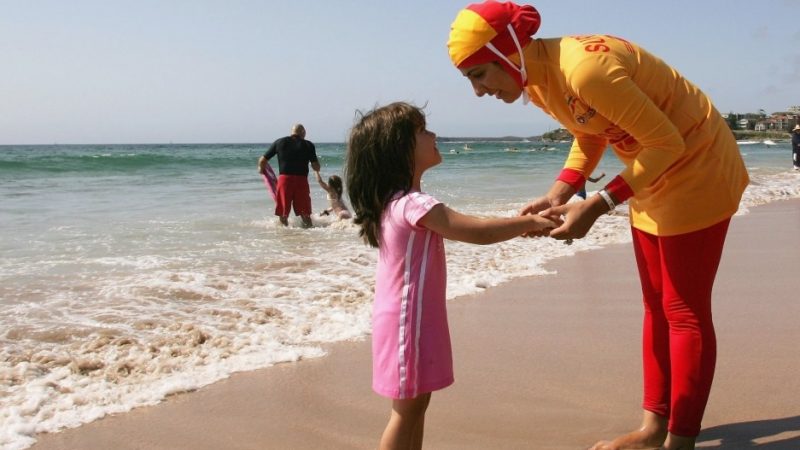 Ten Muslim women have been apprehended by French police for wearing a burkini to the beach, with four having to pay a fine, a French official said on 17 August 2016.
The women were all stopped by police in Cannes where a ban on the full-body swimming attire came into place on 28 July. Six left the beach after a caution and four were fined 38 euros.
“Following the attacks, the atmosphere is very tense and the burkini is seen as an ostentatious display that can threaten public order, that is why we took the measure.” said a Cannes townhall spokeswoman referring to DAESH linked terror attack in Nice that killed 85 people after a lorry was driven into crowds on 14 July 2016.
After the ban in Cannes, several other French towns (Villeneuve-Loubet, Sisco) have also enacted similar bans on the burkini.
France’s Prime Minister Manuel Valls, on 17 August 2016 said he opposed the burkini as an “enslavement of women” and a “provocation”. “That is not compatible with the values of France.” he said.
The ban has been justified on the basis of secularism but has been widely opposed by Muslim groups calling them unconstitutional, divisive and Islamophobic. Abdallah Zekri, head of the National Observatory against Islamophobia said that some French politicians were using the burkini debate to stigmatize Islam. “It is terrible to see that the prime minister stokes the fire rather than trying to put it out.” Zekri said.
This recently enacted French burkini ban is so idiotic pic.twitter.com/TfhwCYix9x
— Shahed Amanullah (@shahed) 15 Ağustos 2016

We should ban all burqinis on the beach! Oh wait. Only the ones without oxygen tank. Or surfboard. Or… pic.twitter.com/elUpEK4wEb
— Koert Debeuf (@koertdebeuf) 17 Ağustos 2016

A ban on the way a woman chooses to dress is true oppression. Sorry #France. My body, my life, my choice! #FreeYourMind #BurkiniBan
— بثينة العزابي (@Boutaina) 13 Ağustos 2016