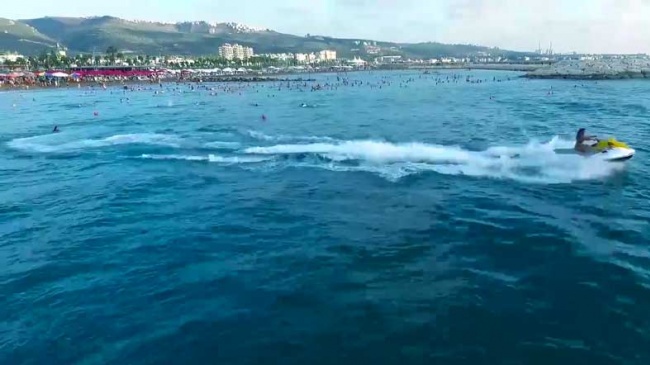 The Syrian Ministry of Tourism has released a bizarre promo video bragging about the beauty of the country showing happy, relaxed people having fun at the seaside. While the country undoubtedly boasts much natural beauty, the ongoing battle between government forces, opposition groups and DAESH has resulted in the deaths of an estimated 470,000 people, with the official number of displaced people calculated to be at least 4.8 million.
Earlier this year Tartus was bombarded by a series of suicide bombings claimed by DAESH.
The city of Jableh, north of the coastal town was also struck by three car bombs in a coordinated attack, killing 140 people.