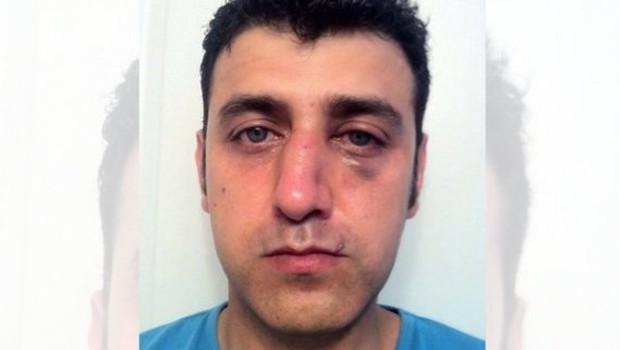 Dino Demir was sitting on the patio of a Starbucks at Davie and Denman streets, and using the cafe’s Wi-Fi to speak to a friend in the U.K. Demir noticed the two customers, both men, were gesturing at him. One was drinking beer and holding a six-pack. He told CTV Vancouver the men seemed to be upset that he was speaking Turkish. “He said something about my language,” Demir said. “”You’re talking a foreign language and you came into this country, go back to your f***ing country.'” Demir said he told the men that they shouldn’t be drinking in public, and asked the man where he was from, according to the Sun. “Then he punched me in the jaw,” he said.
Demir was punched twice in the face and thrown into the bushes. He is currently recovering from a broken nose. Demir told CTV he felt targeted because he was speaking Turkish. He said he’s a citizen, a taxpayer, and a “proud Canadian.”