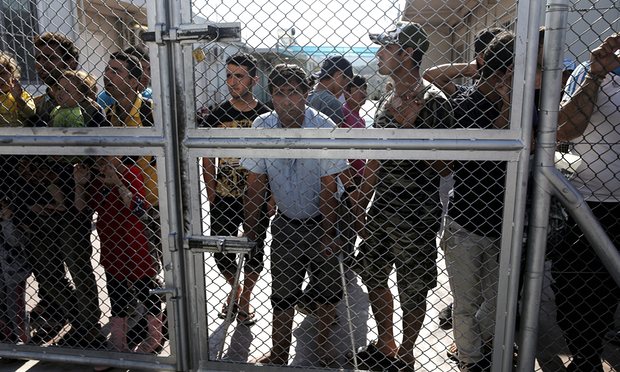 Aid workers warn of imminent disaster as centres become breeding ground for criminal activity, including drug smuggling, human trafficking and violence.
Fresh evidence is emerging that refugees stranded in camps across Greece are falling victim to rising levels of vice peddled by mafia gangs who see the entrapped migrants as perfect prey for prostitution, drug trafficking and human smuggling.
Aid workers say an estimated 58,000 migrants and asylum seekers in Greece are increasingly being targeted by Greek and Albanian mafias. Tales of criminals infiltrating camps to recruit vulnerable women and men are legion.
“If nothing is done to improve the lifestyle of these refugees and to use their time more productively, I see a major disaster,” warned Nesrin Abaza, an American aid worker volunteering at the first privately funded camp known as Elpida (Greek for hope) outside Thessaloniki. “These camps are a fertile breeding ground for terrorism, gangs and violence. It seems like the world has forgotten about them. They are not headline news any more, so therefore they do not exist … but the neglect will show its ugly head.”