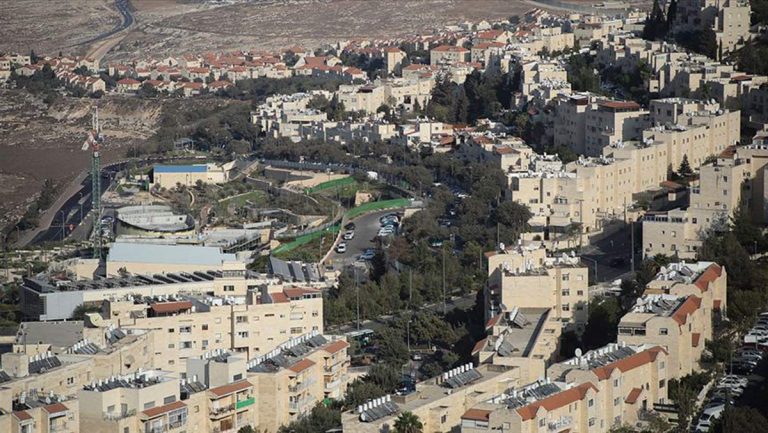 “We are at a watershed moment”, António Guterres told a virtual meeting of the Security Council on Wednesday.
“If implemented, annexation would constitute a most serious violation of international law, grievously harm the prospect of a two-State solution and undercut the possibilities of a renewal of negotiations. I call on the Israeli Government to abandon its annexation plans.”
Farther than ever from peace
Israeli Prime Minister Benjamin Netanyahu made annexation a major pledge during campaigning, ahead of the latest round of national elections held in March.
The proposal would see sovereignty extended to roughly 30 per cent of the West Bank, covering most of the Jordan Valley and hundreds of illegal Israeli settlements.
In response, Palestinian leaders have cut ties with Israel and the United States, which backed the plan.
The UN envoy for the Middle East, Nikolay Mladenov, warned the Council that three decades of international peace efforts could be at stake.
“Recognising that both peoples have a right to live in their ancestral home, 27 years ago Israeli and Palestinian leaders agreed to embark on a noble but difficult road, to resolve the conflict through negotiations, without taking unilateral action, and in order to reach a final status agreement on a just peace”, he recalled, speaking from Jerusalem.
“Today we are further than ever from this goal.”
Fears of instability
Mr. Mladenov reported that the Palestinian Authority has now stopped accepting taxes Israel collects on its behalf.
The resulting 80 per cent drop in monthly revenue has added to economic fragility caused by the COVID-19 pandemic, amid reduced donor support to UNRWA, the UN agency that assists Palestinians.
He added that Palestinians in the Gaza Strip, who have been living under the control of extremist group Hamas, following a rift more than a decade ago, are especially vulnerable.
“The UN and other international organizations are increasingly being asked to perform coordination responsibilities. While we are prepared to provide support on an emergency basis, the UN cannot replace the Palestinian Authority. It is critical that humanitarian and other assistance not be delayed or stopped”, he said.
Window still open
In supporting the Secretary-General’s appeal to Israel, Mr. Mladenov feared annexation could trigger instability across the occupied Palestinian territory and even beyond.
He urged the international community to work to get the parties to step back and continue the dialogue towards peace.
“In the coming weeks, decisions may be reached that will do irreparable damage to Palestinian and Israeli societies, to the security and economic wellbeing of both peoples”, he said.
“This bleak vision, however, is not yet a fait accompli. The window is closing, but there is still time to avert chaos. It will require a concerted effort by all stakeholders and the will to take political risks to achieve peace.”
Source: UN NEWS