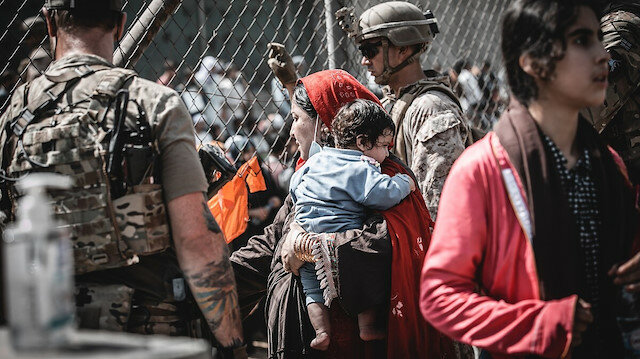 The U.N. secretary-general is warning that a “humanitarian catastrophe looms” in Afghanistan, where nearly half the population needs assistance to survive.

“On the day Afghanistan enters a new phase I want to express my grave concern at the deepening humanitarian and economic crisis in the country and the threat of basic services collapsing completely,” Antonio Guterres said in a statement Tuesday, the first day after the United States completed its military withdrawal from the country, leaving it to the Taliban.

Drought, conflict and COVID-19 have made 18 million Afghans food insecure and more than half of children under the age of five are expected to become acutely malnourished in the next year. Food has become too expensive for many families to afford and basic services are out of reach.

The United Nations has been in Afghanistan assisting people since the 1960s.

“The humanitarian system’s commitment to stay and deliver will not waver,” Guterres promised.

He noted that in the past two weeks since the government collapsed, the U.N. has delivered food to 80,000 people and relief packages to thousands of displaced families. The first of three planned flights of medical supplies arrived yesterday. Overall this year, the U.N. has assisted eight million Afghans.

But the United Nations is facing a substantial funding shortfall. This year, the organization has asked donors for $1.3 billion, but has received just under 40% of that. Guterres said next week the organization would revise its appeal to reflect the growing needs.

“I urge all member states to dig deep for the people of Afghanistan in their darkest hour of need,” he said.