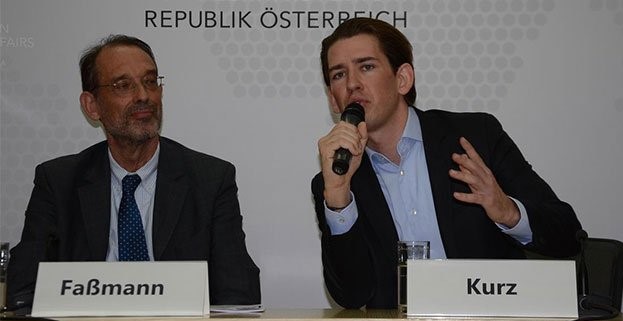 Austria’s Minister of Foreign Affairs and Integration Sebastian Kurz announced that compulsory courses covering state of law, democracy, equality and freedom will be offered to refugees.
According to the package that supports the rewarding of refugees willing to learn German and the punishment of extremism, refugees will be offered a course on European values at least for 8 hours. Those refusing to participate in language and values courses or those who do not participate in more than half of the lessons will be fined. In addition, refugees who have radical behavior that cause social unrest will also be punished.