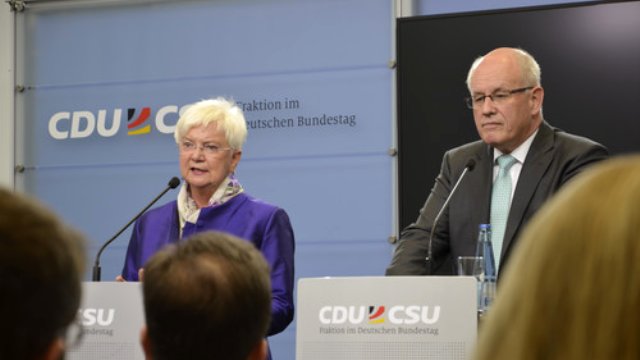 A list of the CSU’s demands regarding Germany’s refugee policy has been leaked to the media.
The sister party to German Chancellor Angela Merkel’s Christian Democratic Union (CDU) is due to meet behind closed doors in Schwarzenfeld on Friday to discuss several debt instruments, including the refugee and immigration policy.
In a five-page position paper, the CSU said while Germany should not close its doors to migrants from the Middle East, it must implement tougher immigration rules, and require the refugees to learn the German language.
The CSU, which works with Merkel’s Christian Democratic Union, also called on the German leader to lower the upper limit of refugees to be welcomed in the country to 200,000—way below the original plan of 1 million.
The conservative political party also declared that the influx of tens and thousands of refugees in a single day from the Middle East to Germany through Bavaria last year “must under no circumstances be repeated.”
“Germany must stay Germany… We are against our welcoming country being changed through migration and waves of refugees,” the CSU said in its paper.
Members of the political party also urged Merkel’s government to prioritise refugees “from our Christian-occidental cultural sphere” over Muslim migrants.
“A state must decide by itself whom it accepts — it’s not the migrants who decide,” the CSU stated on its paper.
The political party also proposed a ban on the burqa, the traditional clothing of Muslim women covering their faces. The CSU described the burqa as “a uniform of Islamism, a huge barrier to integration and a symbol of the repression of women that is unacceptable in our culture.”
“Those who don’t want to live without the burqa and niqab should find another country,” the members of the conservative political party said.