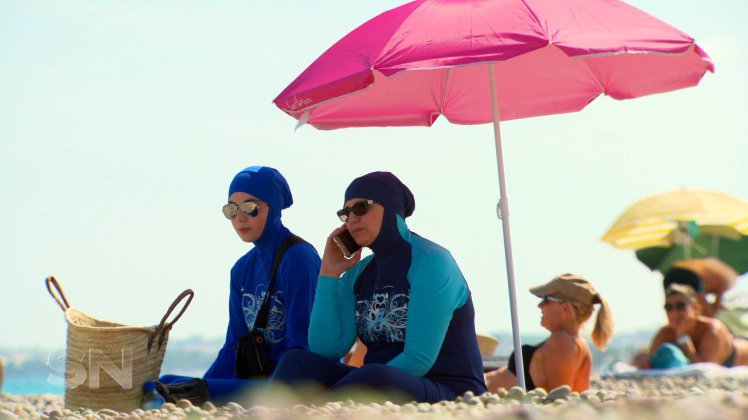 A Muslim woman from Australia has told how she was forced to leave a beach in France for wearing a burkini.
Zeynab Alshelh, a 23-year-old medical student, told Australian media she had travelled to Europe to show solidarity with local Muslim women. Footage broadcast on Channel 7 showed local people saying they would call the police if she didn’t leave. The ban on burkinis in several French Riviera towns was overruled in August by the top administrative court. Local mayors who brought in the laws said the full- body swimsuits were a symbol of Islam and potentially provocative after the July terror atrocity in Nice.
Ms Alshelh said she and her family travelled to France to learn more about the situation and see if there was “anything that we can do to help these girls just live a normal life”. She told that she “couldn’t comprehend how it was illegal” to go a public beach in a burkini. She went to Villeneuve-Loubet beach, where the ban had already been overturned, but “the locals decided they didn’t want us there so they told us to leave, and if we didn’t leave they would call the cops”. “We left because we didn’t want to cause any problems”, she said.
Ms Alshelh had told Channel 7 that the view that Muslim women who choose to cover their hair or face are oppressed was false. “I just find it ridiculous,” she said. “It is a symbol of my faith, it is a symbol of my religion, it is a symbol of Islam and to go out there and wear the hijab, it helps people focus on what’s inside rather than what’s on the outside.”