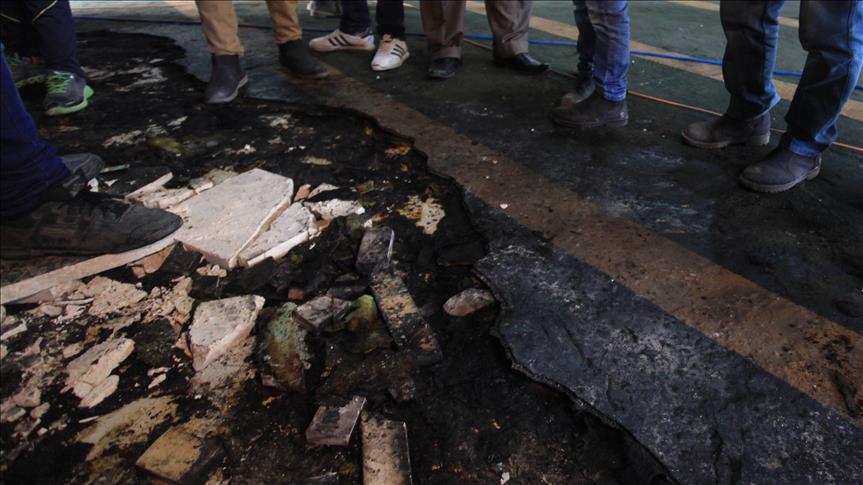 A fire broke out at a planned mosque building in the city of Culemborg in central Netherlands on Wednesday.
The Dutch police and Muslim community believe that the fire was deliberately started by an arsonist, media sources said.
The fire reportedly started at the pool and spread to the whole building, leading to substantial damages. The building was known to contain asbestos, while electrical and gas connections were also cut at the night of the incident.
The planned mosque building was purchased by the Association of Islamic Communities in Culemborg last April.
Hasan Barzizaoua, chairman of the association, said that he hoped the fire was not a targeted action, because the current mosque never had problems in Culemborg over the past twenty years. However, he noted that he could not think of another cause for the fire.
Police immediately launched an investigation into the incident.
Islamophobia has been on the rise in Netherlands in recent years, reports suggest. Muslims have been categorically targeted and with little to no exemplary punishment handed down to the perpetrators.
According to the islamophobia report of the Foundation for Political, Economic and Social Research (SETA), 142 cases of verbal and physical assaults were reported last year in Netherlands, but only 46 percent of these cases were punished.
The report also revealed that 19 mosques in Netherlands were attacked a total of 27 times in 2015.