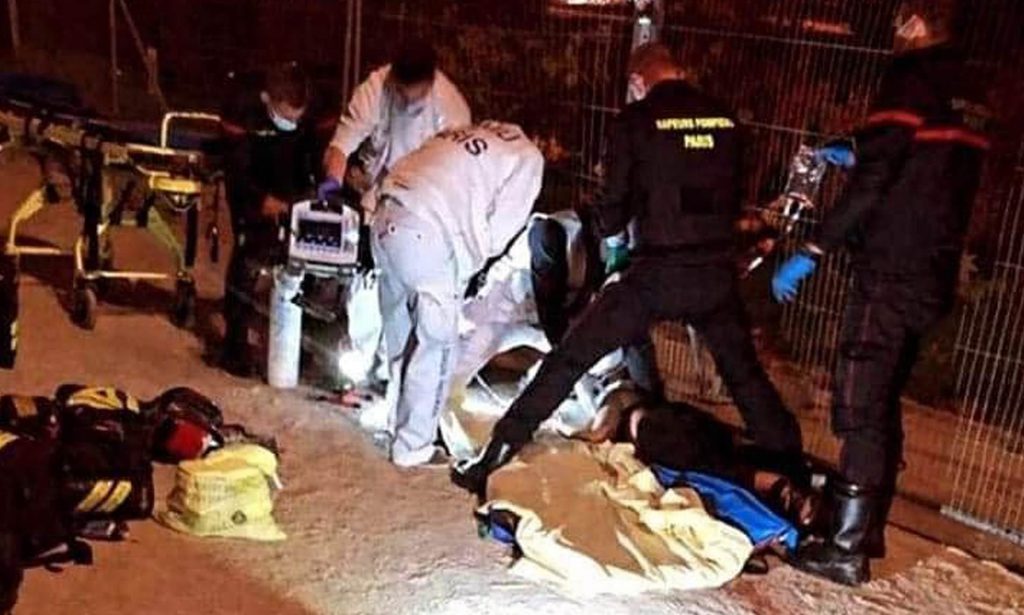 Two Muslim women were ‘stabbed repeatedly’ under the Eiffel Tower amid rising tensions in Paris after the beheading of a teacher last week.
French police have arrested two female suspects after an argument about dogs allegedly descended into violence and racist insults including the words ‘Dirty Arabs’.
One of the Muslim women said the attackers had pulled out a knife after refusing to put their dogs on a leash and slashed her on the skull, arm and ribs.
The victims of Sunday’s attacks have been identified as French women from an Algerian background named only as Kenza, 49, and Amel, who is a few years younger.
Those in custody are described as being white women of ‘European appearance’, who now face ‘attempted murder’ charges, said city prosecutors after the alleged row about dogs – which are seen as unclean in Islam.
‘We had gone out for a walk. At the level of the Eiffel Tower there is a small rather dark park, we took a little tour in it. As we walked, there were two dogs that come towards us,’ Kenza told Liberation newspaper.
‘The children got scared. My cousin, who was veiled, asked the two women if it was possible to keep their dogs with them because the children were afraid.’
After they refused, ‘one of the two took out a knife, she slashed me on the skull, on the back on the ribs and there was a third blow on the arm,’ said Kenza. ‘They then attacked my cousin.’
It follows the gruesome killing of 47-year-old teacher Samuel Paty last Friday by a refugee Islamist terrorist after cartoons lampooning the Prophet Mohammed were shown to a secondary school class on freedom of speech.
Source: Daily Mail