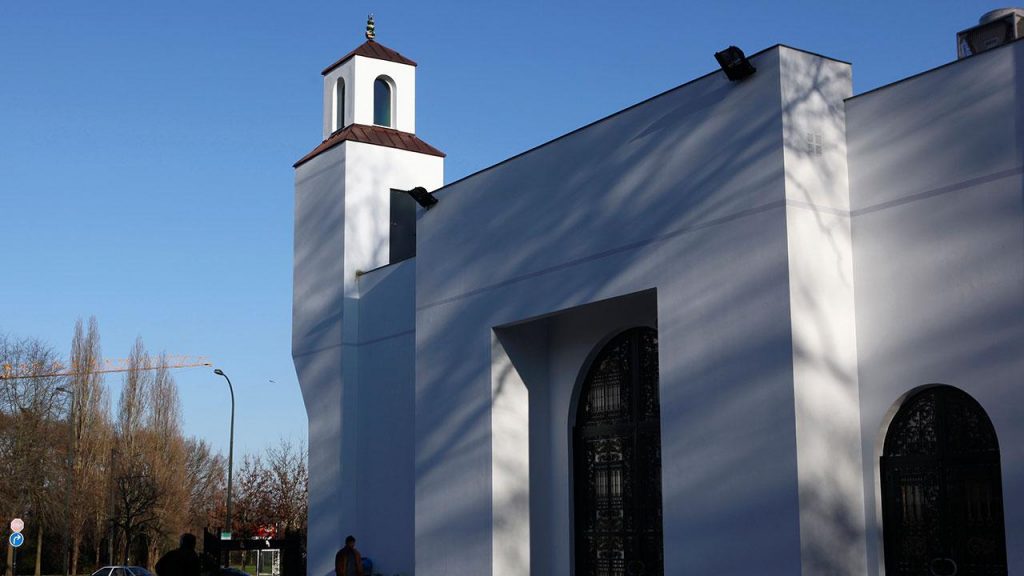 Against a regular drumbeat of anti-Muslim rhetoric by the country’s political class, Muslims increasingly bear the brunt as places of worship become unsafe.
A Turkish mosque in the Alpine community of Albertville in France was subjected to an arson attack on Tuesday.

The announcement was made by the Milli Gorus Islamic Confederation (CIMG) on their social media platform.

“Dear devotees, our mosque was set on fire last night. Thank God no one was injured. We noticed a person poured gasoline and set fire to our mosque gate, we have warned law enforcement, and an investigation will be carried out,” said the statement by the mosque authorities.

Surveillance cameras recorded the scene where a man is seen approaching the mosque’s gate before lighting the fire.

The latest attack follows a string of such acts of vandalism on other mosques across France.

Last week for the second time in one month, the walls of the Avicenna mosque and Islamic cultural centre in Rennes were defaced with slogans such as “Wake up France”, “We warned you, immigration kills” and “No Islamization.”

Officials have yet to apprehend the attackers.

Muslim worshippers in the French city Bordeaux also recently experienced an incident of hate crime as the mosque construction site was defaced with Islamophobic graffiti.

The Muslim Association of Talence announced the attack on their official Facebook page calling the messages “racist, hateful and Islamophobic.”

Messages on the entrance read “stop with your mosques” and other offensive slurs.

France is experiencing increasing anti-Muslim rhetoric and hate crimes as a result of politicians warning about the threat of Islam in the country.

Recently a letter co-signed by twenty retired generals, a hundred senior officers and more than a thousand soldiers warned of the “disintegration” of France if more is not done to tackle Islam.

The letter argues that Muslims are far from legitimate citizens of France but a “horde” threatening the very foundations of the country.

That kind of far-right-wing nativism has been on the ascendency in France, and its sights are firmly on the country’s Muslim minority of 5.4 million.

As the French President Emmanual Macron has seen his poll numbers dive, more than 60 percent of French people disapprove of the job he’s doing in the country. As a result, Macron has increasingly resorted to stirring anti-Muslim sentiment to win over right-wing voters.

Attacking Muslims has become a key pillar of Macron’s re-election strategy as he seeks to burnish his right-wing credentials.

The so-called ‘Separatism Bill’ currently making its way through the French legislature would seek to make the lives of Muslims much more difficult and, as a result, has also emboldened anti-Muslim bigots.

Part of the proposals would see Muslim girls under the age of 18 forbidden from wearing the Muslim headscarf. Muslim women wearing the headscarf would be prohibited from attending school trips with their children, and Algerian flags could be banned in official government buildings.

It’s against this backdrop that the country is also witnessing emboldened far-right activity that sees attacks on Muslim places of worship as legitimate to save France.