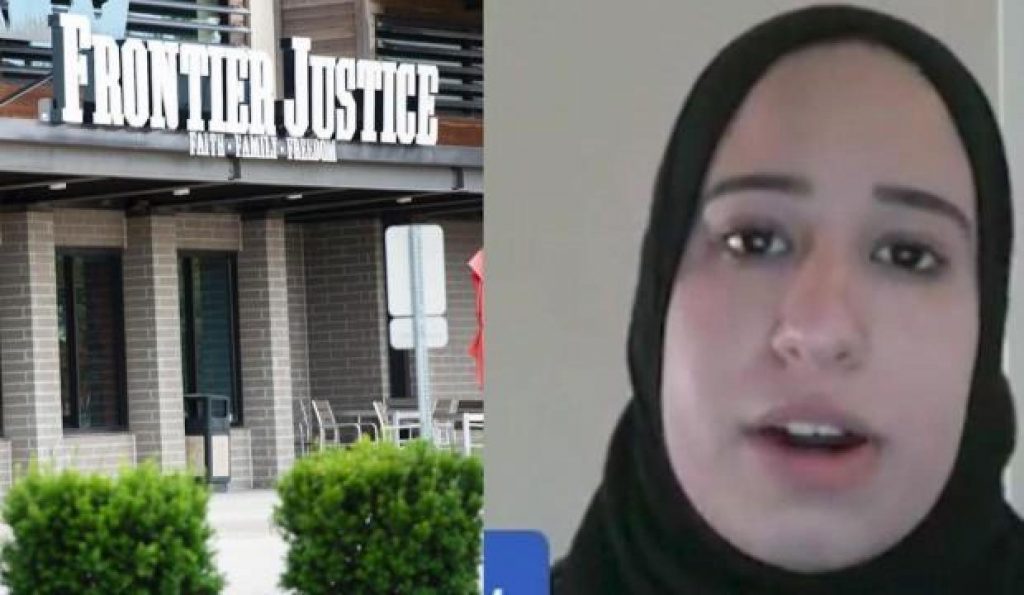 A firearms store and gun range in suburban Kansas City refused to let a Muslim woman use the range unless she removed her hijab, a Muslim civil rights organization alleged in a federal lawsuit.

In a lawsuit filed Tuesday, the Council on American-Islamic Relations and the law firm of Baldwin & Vernon in Independence alleges that the gun range at Frontier Justice in Lee’s Summit enforces its dress code in a discriminatory way that disproportionately affects Muslim women.

Rania Barakat and her husband went to Frontier Justice on Jan. 1, 2020, to shoot at the gun range. According to the lawsuit, Barakat was told she would not be allowed to use the range unless she removed her hijab, a religious head covering typically worn by Muslim women.

Frontier Justice officials said in a statement posted to Facebook the dress code rules, which have been in place since the store opened in 2015, are designed to protect people from being burned by expended brass and are not discriminatory.

The gun range requires shooters to remove all head coverings except baseball caps facing forward. A store manager explained that shrapnel could cause the hijab and skin to burn.

The couple told the manager they had used several other shooting ranges with no problems caused by the hijab, and that people wear long sleeves and shirts that cover their necks to protect them from shrapnel, according to the lawsuit.

The manager said the gun range had different rules, according to the lawsuit. The couple left the store after the manager became “aggressive and loud,” the suit alleged.

The lawsuit contends that it is Frontier Justice’s policy to turn away Muslims wearing hijabs, citing several social media posts from other Muslims about being refused use of the shooting range. It also claims that Instagram posts from Frontier Justice show customers wearing baseball caps turned backward, and hats and scarves.

“It is completely unacceptable for a business establishment to deny service to customers based on their religious beliefs — and that is exactly what Frontier Justice has done,” Moussa Elbayoumy, chairman of the board of CAIR-Kansas, said in a statement. “The claim that a hijab somehow presents a safety issue is merely a bad excuse in an attempt to justify a pattern of discriminatory treatment of Muslim women.”

The statement from Frontier Justice said it has had no complaints about its policies except from Barakat. It also offers Muslims who want to wear the hijab a chance to use a shot simulator or to wear a swim hijab.

“It saddens us that anyone would say we are not inclusive, given that we serve all races and religions every single day in all of our stores. We pride ourselves on this fact, and we strongly believe in America and the Second Amendment that is for every single American. Period,” Bren Brown, president of Frontier Justice, said in the statement.

CAIR had asked the U.S. Department of Justice in July to investigate civil rights practices at Frontier Justice.

At the time, Bren Brown, Frontier Justice’s president, said Barakat was not discriminated against and was asked to follow a dress code that is applied to all patrons equally, The Kansas City Star reported.

The lawsuit asks the federal court to find that Frontier Justice’s policies regarding the wearing of hijabs violates the 1964 Civil Rights Act and prohibit the gun range and its employees from acting in ways that discriminate against anyone based on their religion.