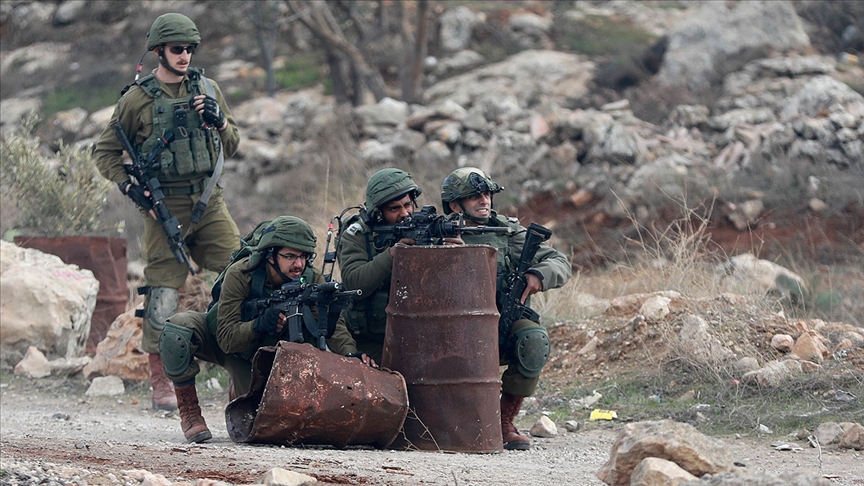 A minor, brothers were among 12 Palestinians Israel has detained in late night and early morning raids in the occupied West Bank, according to the Palestinian Prisoner Society (PPS).
It said a 17-year-old minor and another 19-year-old were among three Palestinians the army has detained during a raid of two Qalqilya-district villages in the north of the West Bank.
In addition, soldiers ransacked homes in Deheisheh refugee camp, south of Bethlehem, and detained four residents, two of them brothers, and two former prisoners, including Mohammad Abu Aker who went on a hunger strike for one month in protest of previous administrative detention.
In Jerusalem district, Israeli soldiers raided Qalandia refugee camp, north of Jerusalem, where they detained two young brothers.
Soldiers shot and injured four Palestinians during the raid, including three who suffered from serious wounds.
PPS said Israeli military forces raided Eizariya town, east of Jerusalem, resulting in the re-arrest of a former prisoner and the confiscation of the recordings of surveillance cameras of several stores.
Soldiers also re-arrested another former prisoner from Jerusalem shortly after his release from the Naqab detention facility after he spent over five years in captivity.
In Hebron district, PPS confirmed a military raid in Yatta city, resulting in the detention of a Palestinian.
Source: WAFA