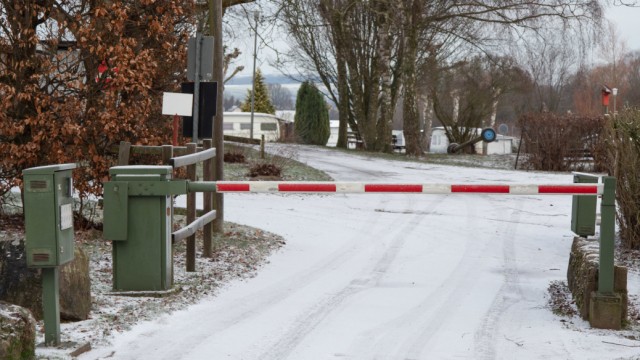 German police on Wednesday said three men have been arrested on suspicion of sexually abusing almost two dozen children in the western town of Detmold.
Police said the men abused at least 23 children aged between 4 and 13 over a period of 10 years, but authorities are concerned there may be more victims.
Much of the abuse, which involved producing pornographic material, took place at a campsite where one of the alleged perpetrators permanently lived.
Investigators have obtained 13,000 files containing child pornography, taking up 14 terabytes of data space.
“We still have a lot of work ahead of us,” said the head of the investigation, Gunnar Weiss.
The three suspects — aged 33, 48 and 56 — have been detained.
Achim Tietz, another investigator, said the scope of the crimes only became apparent as investigators looked further into the case.
The prosecution confirmed that a father from Bad Pyrmont had reported to the police in August 2016 that the suspect permanent campers, 56-year-old V., had touched his daughters immoral.
He got, then wrote the Lippische Landeszeitung , at that time from youth welfare office and police the assurance that “everything was alright”. He should be careful with his comments, as he could also be displayed for reputation and slander. At this time, the perfidious abuse system of the three suspected men for eight years have passed.
Source: DW