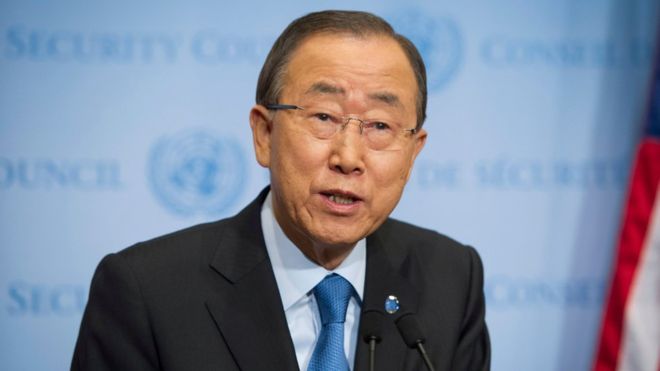 UN Secretary General Ban Ki-Moon has criticised Israel’s prime minister for saying Palestinians want the “ethnic cleansing” of Jews in the West Bank.
Benjamin Netanyahu’s use of the term in a video attacking opponents of Jewish settlement construction on occupied territory was “outrageous”, he said.
Mr Ban stressed that settlements were illegal under international law.
“I am disturbed by a recent statement by Israel’s prime minister portraying those who oppose settlement expansion as supporters of ethnic cleansing,” he said. “This is unacceptable and outrageous.
“Let me be absolutely clear: settlements are illegal under international law. The occupation, stifling and oppressive, must end.”
Israel rejects the assertion that the settlements are illegal, and over the past two weeks has advanced plans for another 463 housing units at four locations.