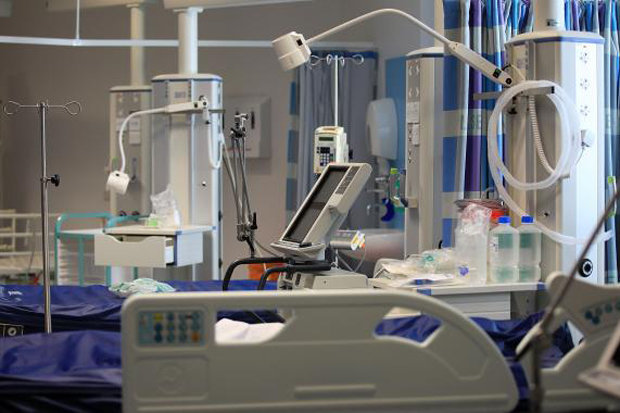 Shocking statistics reveal in one year hundreds of people have died under the care of the National Health Service (NHS) from poor quality food and dehydration.
It comes as the British Red Cross described the NHS as being in a “humanitarian crisis”.
Latest numbers from the Office of National Statistics reveal 297 patients, who died in hospital, had malnutrition listed on their death certificate in 2015, while dehydration was listed 429.
Red Cross chief executive Mike Adamson, writing for The Times, said: “We have started talking about this as a humanitarian crisis.
Liberal Democrat health spokesman, Norman Lamb told the Sun: “It is frankly a national scandal people are dying due to thirst and hunger.
“Staff are overworked and patients are at risk.
“Anyone who has been in hospital also knows how poor the food is. We need to fix it.
“People are not expecting the Ritz but it needs to be edible.”
Doctors and nurses have said they are understaffed as hospitals continue to be swamped with a record numbers of patients.
Inspections also uncovered 312 care homes between January 2015 and November 2016 failed adequately feed and hydrate their residents.
In 2015, 54 who people died in care homes and 76 respectively
Age UK has described the situation as “horrifying”.
Caroline Abrahams, from Age UK said: “It’s horrifying to think that older people are dying because they haven’t had enough to eat or drink in care homes and hospitals. If malnutrition is left untreated it has serious consequences, as these new figures show.”
A Department of Health spokesman said: “These sorts of cases are unacceptable — that’s why we have introduced a new care home inspection regime to take tough action, including closure of services where they aren’t up to scratch.”
Theresa May has previously slammed claims the NHS is in a “humanitarian crisis”.
Mrs May told Sky News: “I don’t accept the description that the Red Cross has made on this.
“Yes there are pressures on the NHS . . . we recognise those pressures . . . but we are also looking to ensure best practice in the NHS.”
Source: http://www.thetimes.co.uk/edition/news/talk-of-an-nhs-crisis-is-overblow…http://www.dailystar.co.uk/news/latest-news/576602/NHS-hospitals-crisis-…