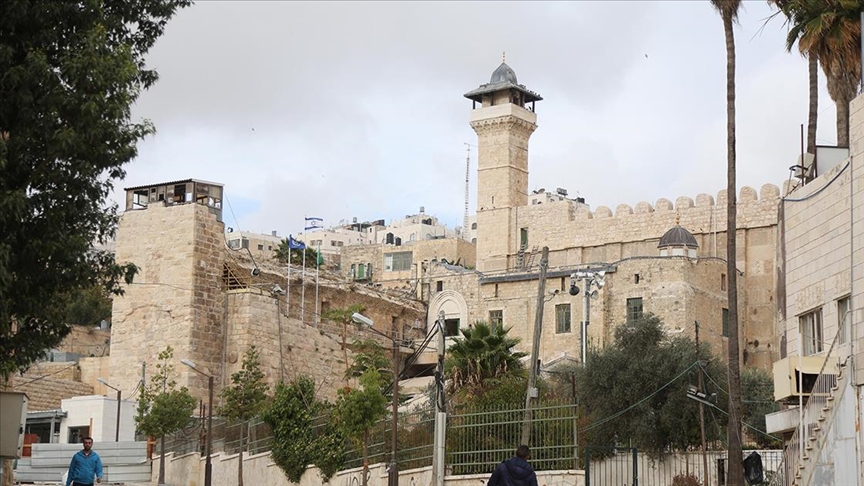 Sheikh Hıfzı Ebu Sunayne, Director of the Harem-i İbrahim Mosque, stated that the harem is closed to the Muslim community until tomorrow night due to Jewish holidays.

Suneyne stated that the Israeli forces, which closed the mosque, did not allow mosque officials and the Ministry of Foundations staff to enter the harem, as well as the Muslim community.

Noting that Israeli forces also restricted the entrance to the Old City town in Hebron, Sunayne added that the Palestinians who come here are subjected to intense military measures.

Suneyne said that only residents of the Old City are allowed in and out.

According to Muslims, the Harem-i İbrahim Mosque is considered the 4th holiest mosque after the Masjid-i Haram in Mecca, the Prophet’s Mosque in Medina and the Al-Aqsa Mosque in Jerusalem.

The cave, which is believed to contain the tombs of Prophet Abraham and his wife, Prophet Sare, as well as the tombs of Prophet Isaac, Prophet Jacob, Prophet Yusuf and their wives, is called “Ata Babas (Machpelah)” by Israel. For this reason, the Harem-i İbrahim is frequently raided by fanatical Jews.

The tombs of Prophet Isaac and his wife remained in the section reserved for Muslims, while the others were left in sections reserved for Jews and converted into synagogues.

The Harem-i Ibrahim Mosque was closed after the massacre of 29 Muslims on February 25, 1994 by the fanatical Jew Baruch Goldstein, and when it reopened, it was divided into 2, with most of them allocated to Jews.