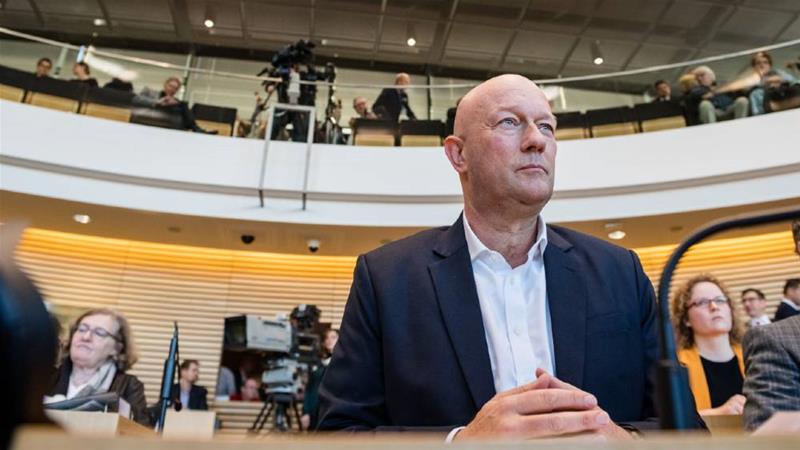 The small state of Thuringia broke a German political taboo on Wednesday after a candidate for the regional premiership was heaved into office with help from the far right for the first time, sending shockwaves to Berlin.
Chancellor Angela Merkel’s centre-right CDU party immediately called for fresh regional elections as a way out of the crisis, a call echoed by other mainstream parties.
Thomas Kemmerich, a politician from the economically liberal Free Democratic Party (FDP), was elected as state premier after legislators from the far-right AfD gave him their backing.
As a result, 54-year-old Kemmerich beat incumbent Bodo Ramelow of the Left party 45 to 44.
“This is the first time in the history of modern Germany that a state premier has been elected with AfD votes,” political scientist Andre Brodocz told broadcaster MDR.
While the ballot was secret, Kemmerich must have also had support from CDU MPs, as well as his FDP stablemates.
Local media were quick to describe the event as a “political earthquake”, as mainstream parties had previously refused to countenance working with anti-immigration, anti-Islam and anti-EU AfD at any level.
Source: AJ