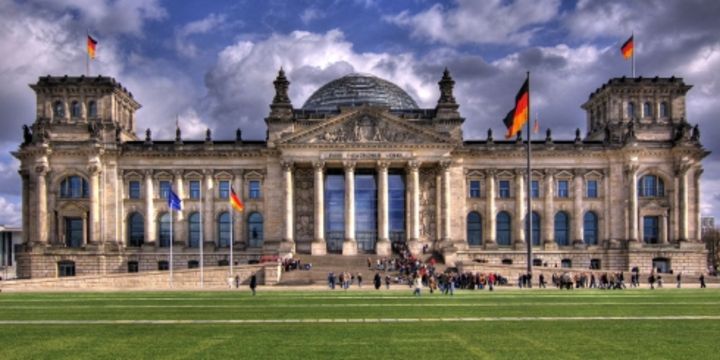 First and second-generation migrants are running for the Bundestag in the German elections on September 26, trying to appeal to the country’s increasingly diverse voter demographics and reverse under-representation.
As Germans go to the polls later this week to elect their representatives for the Bundestag, migrant communities are increasingly making their voices heard with parties fielding dozens of candidates to capture the diverse voter demographics.

The elections on September 26 will determine who will succeed Angela Markel as chancellor, while the prospect of a multi-party coalition coming into power is growing stronger as the traditional dominance of the centre-right CDU/CSU and centre-left SPD is being replaced by a more fragmented political landscape.

A 2020 study by the Expert Council on Integration and Migration found that 65 percent of Germans with a so-called ‘migration background’ – first or second-generation migrants – voted in the last federal elections in 2017, against 86 percent of those with German roots.

The research group also points out that voting in a general election is conditional upon German citizenship, which further exacerbates the divide – in 2019, only 2.5 percent of those eligible were naturalized. Federal statistics show that the number of Syrians who acquired German citizenship rose by 74 percent in 2020 to 6,700, but that is still a fraction of the 700,000 Syrians who are estimated to live in Germany.

Those who are not cut out of Germany’s electoral life may feel alienated by an overall lack of minority representation in the Bundestag.

Research found that while 22.5 percent of the German population has a migration background, they remain underrepresented in parliament as only 8 percent of German MPs are migrants or have at least one parent with roots abroad. Here are some of the stories of the candidates seeking to reverse that trend.