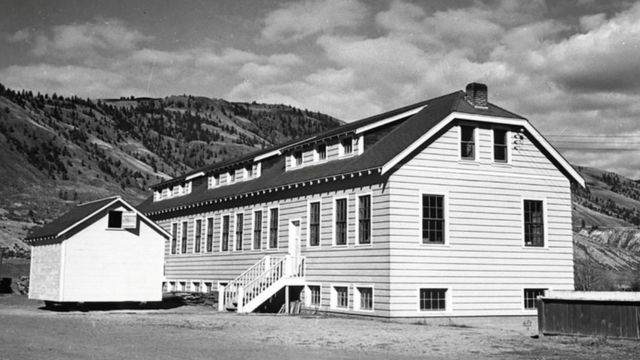 As discussions continue over the discovery of unmarked graves at three residential schools in Canada for Indigenous children, there are now claims that the bodies of some children were burned at Mohawk Institute Residential School in Brantford, Ontario.

A march was organized by the Brantford Regional Indigenous Support Centre for children who lost their lives while enrolled in the church boarding schools.

Thousands of Canadians gathered in the garden of the Brantford Community Center and marched to the former residential school.

One of the marchers, Doug Enhug, told Anadolu Agency that his father was a student at the Mohawk boarding school.

Asked if there were also unmarked graves at the school, Enhug said nothing would be found, as he had heard from a survivor of the school that the bodies of children were burned there.

Enhug added that the survivor said they saw them burning a body at a crematorium.

Rebecca Wilson, director of the Brantford Regional Indigenous Support Centre, who also organized the march, said there was a crematorium in the building and she had heard many stories of them destroying their “garbage” there.

Three motorcycle groups with the biggest memberships in the region also supported the march, where local police took precautions.