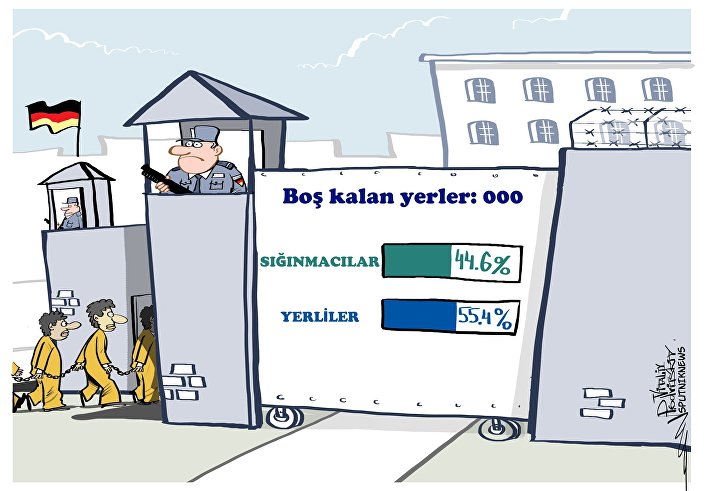 Prisons in Baden-Württemberg, Germany, are overwhelmed due to the influx of refugees, German Minister of Justice Guido Wolf told German newspaper Die Welt.
According to Wolf, the share of refugees arrested for various crimes has grown from 37 percent (from the total number of prisoners) to 44.6 percent over the last two years.
This trend has led to a situation where prisons are now overcrowded and lack places for detainees.