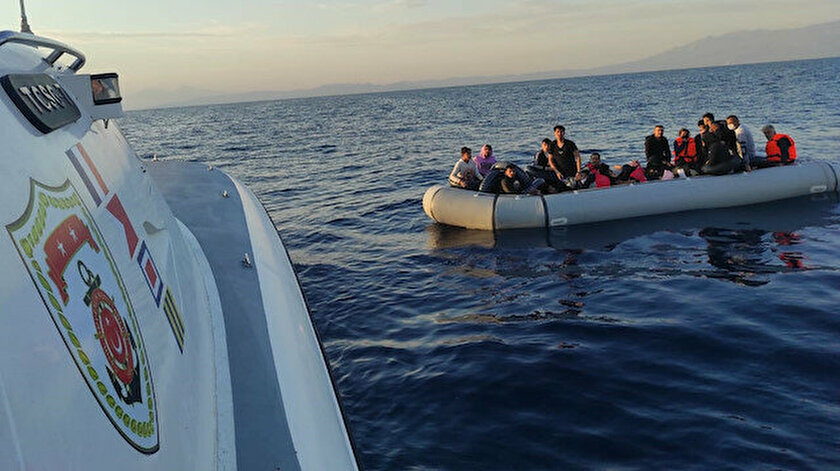 ItalyIn the news published today in Il Messaggero, one of the leading newspapers of Turkey, Aegean SeaIt was reported that irregular migrants pushed by Greece lived in .

“Migration Duel in the Aegean Sea: The Greeks were beating us, Turkey The news titled “We survived thanks to you” included the statements of an immigrant named Samir.

Telling the Italian newspaper that he paid the human traffickers $400 for this escape, Samir said, “The Greeks beat us, took our mobile phones and our water. Then they separated the engine from the boat, threw the engine away, and pushed us to the shore and left us to drift.” used the phrases.

In the news, immigrants While it was stated that there were Syrians, Somalis, Eritreans and Djiboutians among them, it was written that the plan of these immigrants, who had the intention of escaping to Northern Europe, collapsed against the “Greek wall”, but the immigrants had the intention to try once again.

In the news, it was stated that scenes that “become a real naval battle” take place at night away from Turkey’s touristic spots, adding, “The dramatic scenario is always the same: Immigrants try to reach Greece, but Athens’ Coast Guard, Samir and many others like him. He rejects them, using the methods he describes more and more often.” comment has been made.

In the news, where the risk of a massacre at sea is high in the months when the weather and sea conditions deteriorate, it is stated that Ankara intervenes every day and increases its equipment in order to save the immigrants that Athens pushed into Turkish waters.

In the news, “On the Turkish side, Greece“There is strong unease about how the United States is handling the situation of migrants on the coast.”

In the news, which stated that Greece always denied using such extreme methods, it was noted that the push-backs that have been going on for a while in this part of the Aegean have also been documented by the Council of Europe’s Human Rights Commission and the United Nations High Commissioner for Refugees.

In the newspaper, there was also information that Turkish Coast Guard teams rescued 8,423 immigrants who were abandoned at sea only in 2021 until September 14.