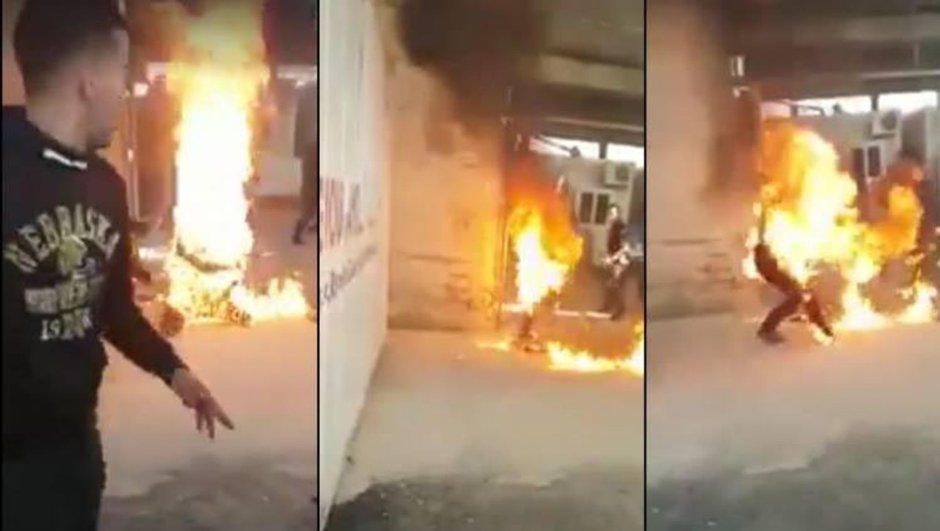 A Syrian refugee set himself on fire at a migrant camp on the Greek island of Chios on Thursday in despair over his bid to gain asylum, the Greek news agency ANA reported.
Video footage, posted on Twitter by the BBC’s Greece correspondent, showed a young man holding a petrol can and addressing camp residents, and then catching fire as a policeman approached.
The unidentified man was rushed to hospital with burns over 90 percent of his body, ANA said. The policeman who tried to save him was also hospitalized with burns.
Thousands of people, many of them Syrians fleeing war, are stuck in Greece’s Aegean islands as a result of an EU-Turkish agreement that curbed the influx of migrants to the European Union.
Most of them have filed for asylum to avoid being sent back to Turkey, but these applications take months to handle. Humanitarian groups have repeatedly sounded the alarm over declining morale in the camps.
Source: https://www.alaraby.co.uk/english/news/2017/3/30/syrian-refugee-sets-him…