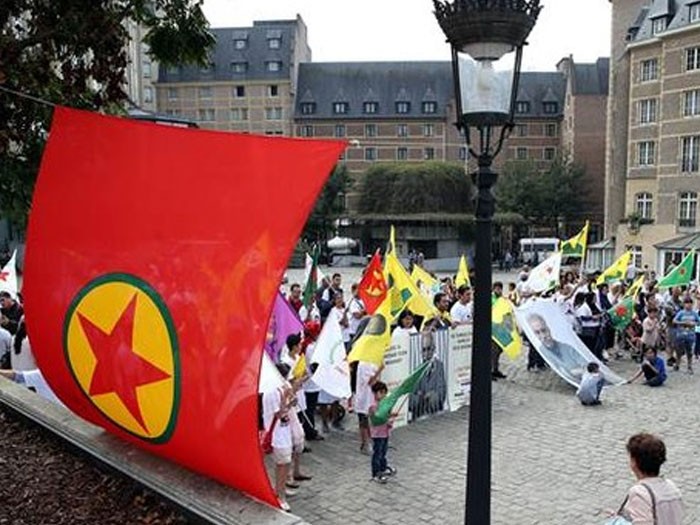 PKK supporters gathered in Brussels’s Spanjeplein Square on Sunday to celebrate the anniversary of the terror group’s first attack against Turkey on 15 August 1984. Despite the fact that Belgium and the European Union recognize the group as a terrorist organization, local authorities did nothing to prevent the demonstration or to disperse the PKK supporters. Brussels police allowed the group to stage the protest, even though Belgian officials said that the demonstration was “unauthorized.”
The 15 August 1984 PKK attacks, which were led by Mahsum Korkmaz, marked the start of PKK terror attacks in Turkey. PKK terrorists attacked the gendarmerie station in Eruh district of southeastern Siirt province and killed one gendarmerie soldier, injured six soldiers and three civilians. Simultaneously, PKK forces attacked a gendarmerie open-air facility, officer housings and a gendarmerie station in Şemdinli district of eastern Hakkâri and killed two police officers, injured one police officer and a soldier.