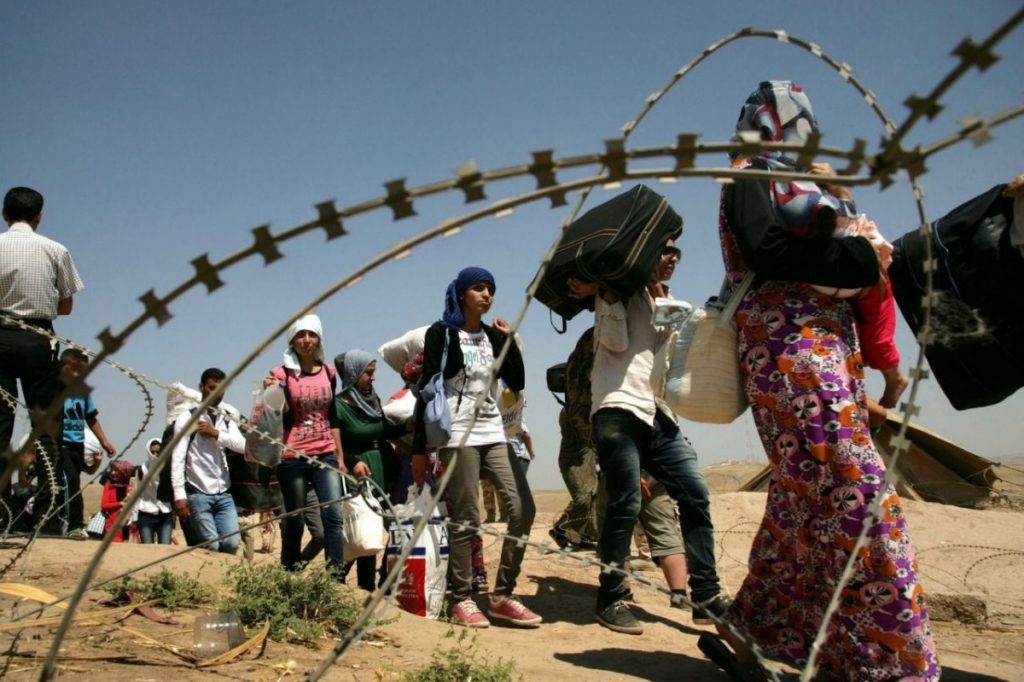 Syria is not fit for the safe and dignified returns of refugees and this year’s upsurge in fighting and the return to violence are causes for alarm, said the latest report of the UN Syria Commission of Inquiry released Tuesday.

“One decade in, the parties to the conflict continue to perpetrate war crimes and crimes against humanity and infringing the basic human rights of Syrians,” the commission’s chair Paulo Pinheiro told a UN news conference in Geneva.

“The war on Syrian civilians continues, and it is difficult for them to find security or safe haven in this war-torn country,” he said as the war continues in its 11th year.

The regime’s President Bashar al-Assad enters his fourth term in office, controlling about 70% of the territory and 40% of the pre-war population, said the 46-page report to be presented to the UN Human Rights Council on Sept. 23.

“What we are seeing today in Syria is a war against the civilian population, many of the human rights violations and the crimes in terms of humanitarian law continue,” said Pinheiro.

The report noted that there seems to be no moves to unite the country or seek reconciliation, on the contrary, incidents of arbitrary and incommunicado detention by regime forces continue unabated, the commission has continued to document not only torture and sexual violence in detention but also custodial deaths and enforced disappearances.

She said Mesopotamia’s famous riverbeds are at their driest in decades, and widespread community transmission of the COVID-19 seems unstoppable by a health care system decimated by war with a lack of oxygen and vaccines.

“This is no time for anyone to think that Syria is a country fit for its refugees to return,” said Koning AbuZayd.

The March 5 cease-fire led to a significant drop in hostilities in the northwestern region, but the situation in the country remained volatile.

The economic situation continued to deteriorate in Syria, and the COVID-19 pandemic further strained the country’s war-torn health system.

The secretary-general’s appeal in March 2020 for a nationwide cease-fire and for Group of 20 members to waive sanctions to ensure access to food and essential health supplies, including COVID-19 support, remained unheeded.

Also, during the reporting period, the Syrian economy has rapidly deteriorated, causing bread prices to soar and a striking more than 50% increase in food insecurity compared with last year.

Recent months have seen increased fighting and violence both in the northwestern, northeastern, and southern parts of the country, according to the report covering the period July 1, 2020-June 30, 2021.

The lull in hostilities in northwestern Syria, brought about by the March 2020 cease-fire agreement between Russia and Turkey, began unraveling with aerial bombardments and shelling.

Medical facilities, such as the de-conflicted hospital in Atarib, markets, and residential areas have been struck by aerial and ground attacks, often indiscriminately, causing numerous civilian casualties.

Meanwhile, the southwestern region experienced fighting not seen since before the 2018 Russian-brokered agreement between the Syrian regime and the armed opposition groups.

In the town of Dar’a Al-Balad, the birthplace of the uprising in 2011, pro-regime forces imposed a siege characterized by heavy artillery shelling, leaving tens of thousands civilians trapped inside without sufficient access to food nor health care, forcing thousands of men, women, and children to flee.

“Shockingly, the past months have seen the return of sieges and siege-like tactics, in Dar’a, Quineitra and Rif Damascus governorates,” said commissioner Hanny Megally.