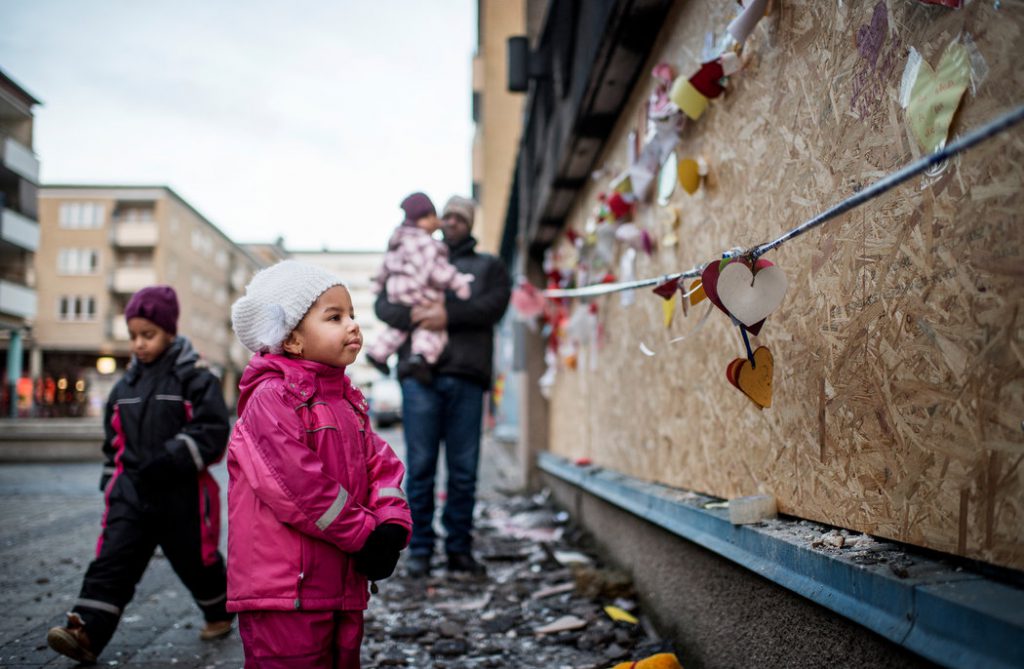 A group of people wearing black carried out verbal attack on a Muslim community leaving the mosque after finishing their prayers in the capital city of Sweden, Stockholm. The group then began throwing stones at the people leaving the mosque in Södermalm. The group that carried out the attack was reported to consist of 50 people. The Swedish police launched an investigation for the attack that reportedly noone had died or wounded.
The press secretary of the police office of Stockholm Mats Eriksson said: “According to the witnesses, a group of people of 50 wearing black carried out a racist attack at the people leaving the mosque throwing them bottles and stones.” Eriksson asked for the help of witnesses. Noone involving the attack has been detained yet.