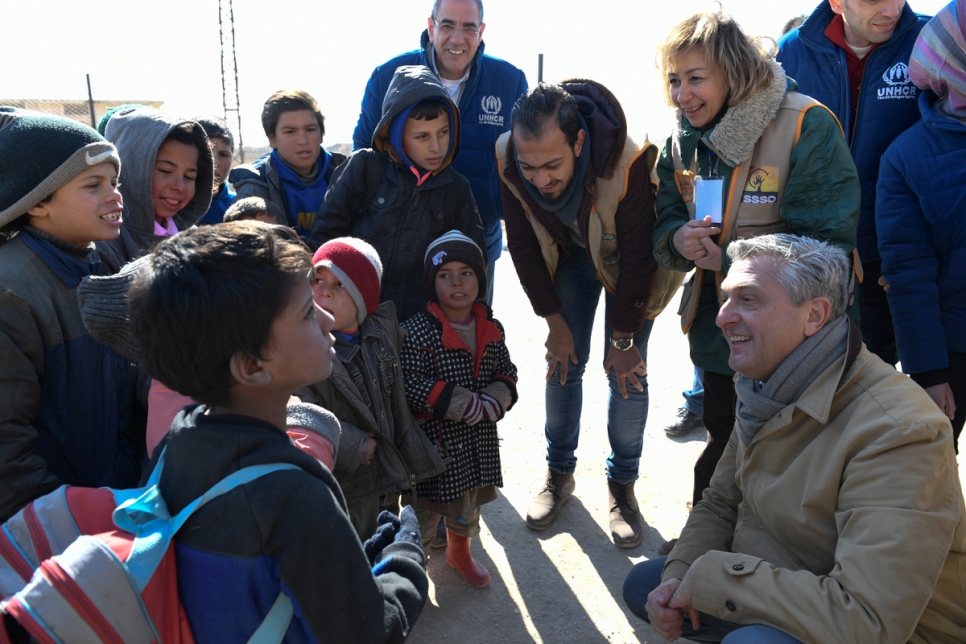 Filippo Grandi urges developed countries to show generosity to those fleeing conflict or risk undermining principle of solidarity.
UN refugee chief Filippo Grandi on Friday warned developed countries against politicizing the issue of refugees, saying the move risked undermining the principle of international solidarity with those fleeing war and persecution.
Speaking after a landmark four-day visit to Syria where he witnessed first-hand the massive destruction caused by nearly six years of conflict, the United Nations High Commissioner for Refugees urged rich countries to show generosity to refugees, rather than regarding them as a threat.
“We have serious concerns, and these are not new concerns, we’ve had them for some time, that the refugee issue in the industrialised world – in Europe, the US, Australia – is very politicized. It shouldn’t be,” Grandi told a press conference in Beirut.
“These are people that flee from danger, they’re not dangerous themselves,” he said.
Grandi, the first senior UN official to visit Syria since Turkey and Russia brokered a nationwide ceasefire last month, said the recent decision by the United Stated to suspend its refugee resettlement programme would negatively impact the most vulnerable individuals.
“Resettlement means taking refugees from places like Lebanon, where they are already refugees, selecting the most vulnerable and taking them to other places”, he said. “If we weaken that programme, as has been done in the United States, this is a very dangerous weakening of the international solidarity for refugees.”
UNHCR estimates that 20,000 refugees in precarious circumstances might have been resettled to the United States in the 120 days covered by the suspension. Grandi expressed his hope that the US would resume resettlements following its internal review of the programme.
Source: http://www.unhcr.org/en-us/news/latest/2017/2/5894b6604/un-refugee-chief…