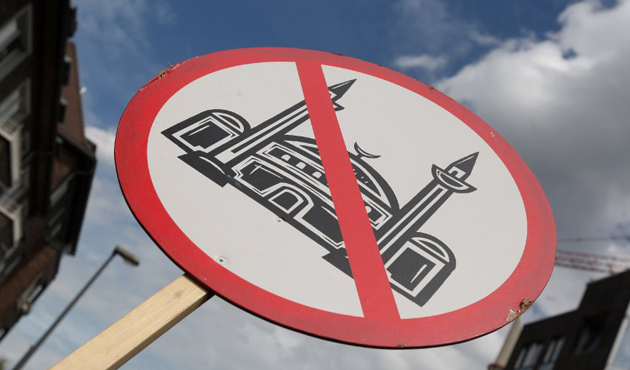 Russia has been a scene for anti-islamist events for a long time. The pressure on Muslims is significantly on the rise in Russia with concerns about “terrorism” especially in addition the Syrian issue. The attacks of pro-Nazi groups, known as “Skinheads” in Russia, against Muslim families coming from Central Asia and the Caucasus and Russia turning a blind eye to these attacks is only one of the events that are not mentioned outside Russia.
Pursuing a domestic policy affected by the Orthodox Church, Russia does not allow building mosques despite the growing needs of Muslims and is insistent on ignoring the suffering of Muslims who have to collectively pray in snow and mud in the cold weather conditions of Russia due to this.
The Russian Defense Ministry published the graduation photos of the Artillery School on May 30. The most striking frames in the ceremony were the images of young children with new generation weapons exhibited in the ceremony. Primary-school children were brought to the graduation ceremony to encourage them to enroll in the army in the future. The pictures from the ceremony reminded the state-provided weapon training of children in Israel.