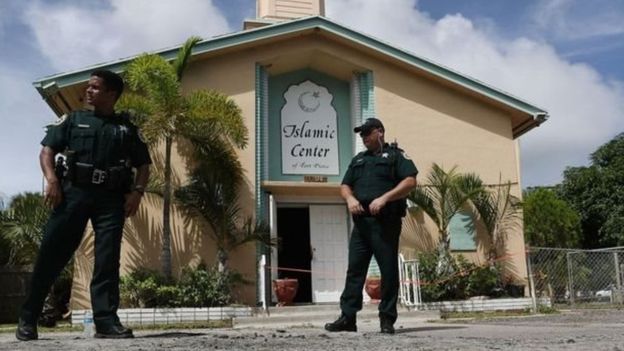 A fire at the Florida mosque where Pulse nightclub shooter Omar Mateen had prayed was deliberately set.
The fire broke out early Monday morning at the Islamic Center of Fort Pierce. Mateen, who killed 49 people at the Orlando nightclub in June, had attended the mosque. The Islamic Center of Fort Pierce was heavily damaged in the fire, which was set on the anniversary of 9/11.
Then, A 32-year-old man has been arrested over last Sunday’s fire attack on a Florida mosque, which was attended by the Orlando nightclub gunman. Joseph Michael Schreiber allegedly made multiple anti-Muslim posts on social media. One post said: “ALL ISLAM IS RADICAL , and should be considered TERRORIST AND CRIMANALS and all hoo participate in such activity should be found guilty of WAR CRIM”.