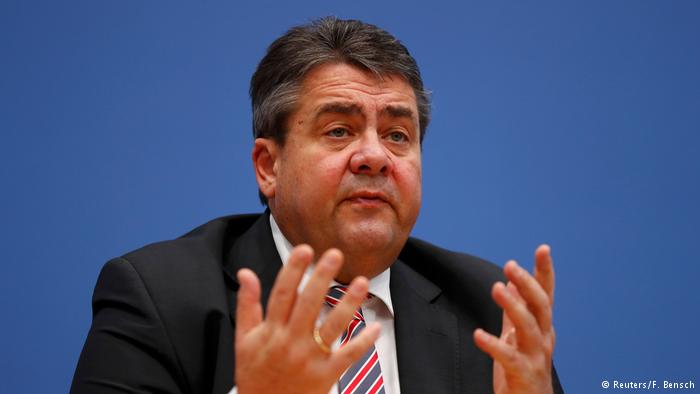 German mosques run by clerics adhering to the ultra-conservative sect of Sunni Islam called Salafism should be shut down, their communities broken up, and preachers expelled, believes German Vice Chancellor Sigmar Gabriel.
“On this question I am for zero tolerance,” the German official told Der Spiegel in an interview, commenting on the links between the Christmas market truck attacker and a Salafist preacher.
“Salafist mosques must be banned, the communities broken up, and the preachers expelled. And as quickly as possible,” he said in an interview published on Friday.
Gabriel was referring to Salafist preacher Abu Walaa, who was arrested in November along with others for recruiting people in Germany on behalf of the terrorist group Islamic State (IS, formerly ISIS/ISIL). Truck attack suspect Anis Amri, who killed 12 people at a Berlin Christmas market, is believed to have communicated with the cleric.
Salafism is growing fast in Germany, flourishing on grants and other forms of support from Saudi Arabia and other Gulf nations. The creed calls for returning to the fundamental roots of Islam, and states that it is incompatible with modern forms of society. The movement is associated with radical Islamist groups, including IS.
Gabriel says Germany should fight radical forms of Islam on its own soil.
“If we are serious about the fight against Islamism and terrorism, then it must also be a cultural fight,” he told the magazine.
This means strengthening the cohesion of society and ensuring that “urban areas are not neglected, villages do not fall into disrepair and people do not become more and more radicalized,” he added.
Gabriel leads to the Social Democrats (SPD), a coalition ally of Chancellor Angela Merkel’s Christian Democrats (CDU). He is expected to run for chancellor this year against his current boss.
The vice-chancellor also said that the austerity measures Merkel has been pressuring the nations of the euro zone to impose upon themselves have divided the EU.
“I once asked the chancellor, what would be more costly for Germany: for France to be allowed to have half a percentage point more deficit, or for Marine Le Pen to become president?” he said, referring to the leader of the right-wing National Front party.
“Until today, she still owes me an answer.”
Gabriel added that pumping more German money into other nations would be an unpopular move among voters, but that may be necessary to save the union.
“I know about the state of the EU. It is no longer unthinkable that it breaks apart,” he said.
“Should that happen, our children and grandchildren would curse us. Because Germany is the biggest beneficiary of the European community – economically and politically.”
Source: https://www.rt.com/news/372923-germany-close-salafist-mosques/#.WHFNTQrQ…