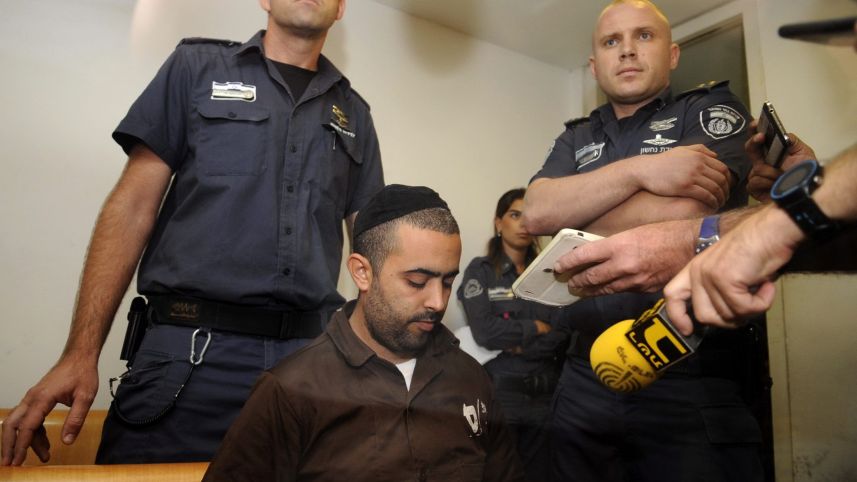 A Jewish Israeli who sought to stab an Arab but stabbed another Jew instead was sentenced to 11 years in prison on Monday.
Shlomo Haim Pinto, a resident of the northern Israeli city of Kiryat Ata, was convicted in December of attempted murder for the October 2015 incident. According to the indictment, Pinto sought to attack an Arab. He picked a Supersol supermarket in Kiryat Ata as the site for his plot, believing that many Arabs work there. He entered the supermarket with a knife concealed in his sleeve, and a box cutter in his pants pocket.
Pinto came up behind his victim, Uri Razkan, a Jewish employee whom he believed to be Arab, with the knife in his hand, and stabbed him several times in the waist, the lower back and the shoulder, with the intention of killing. Razkan tried to flee, and the defendant pursued him in the supermarket with the knife in hand. Razkan suffered moderate injuries.
During his courtroom testimony Pinto claimed that he was being controlled by an inner voice and that he felt that he was performing a mitzvah. Later, the defendant explained that the backdrop for his actions was spiritual, as he believed that by attacking an Arab he would weaken “Ishmael’s emissary.” If he weakened the spiritual influence of Ishmael’s nation, he said, “there would be greater mercy for the Jewish people and he would advance the redemption,” according to the court’s ruling.
Judge Tamar Naot-Perry of the Haifa District Court said she didn’t find the  “inner voice” argument credible, nor did the judges accept the claim by Pinto’s attorney that he was suffering from a mental disorder or from insanity.
Source: http://www.haaretz.com/israel-news/1.774120