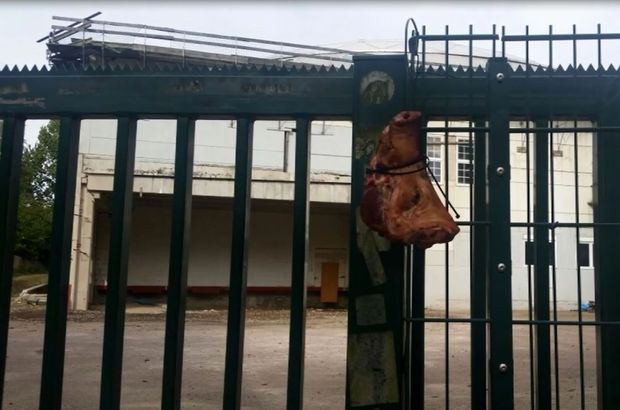 A severed pig’s head has been found outside a mosque in the city of Essen in the western Nordrhein-Westfalen region of Germany on Friday.
A caretaker at the Essen Central Mosque told police he found the bloodied head when he arrived at the mosque.
Consulate General of Turkey in Essen Mustafa Kemal Başa and Essen Religious Services Attaché Suat Okuyan expressed their sorrow over the incident.
Turkish-Islamic Union for Religious Affairs called the officials to conduct wide investigation over the hate crime.
However, Muslims are worried about the ongoing islamaphobic attacks targeting the Muslims.
Previously, a Muslim woman was set on fire in New York City, in the United States on September 13, during the Eid al-Adha.
Also in March, several pig body parts were found at the entrance of Rotthausen New Mosque in Gelsenkirchen, Germany.
The offending incident was discovered upon the community’s notification.
A number of Muslims informed the police they found pigs feet and ears at the entrance of the mosque of the Turkish-Islamic Union for Religious Affairs.