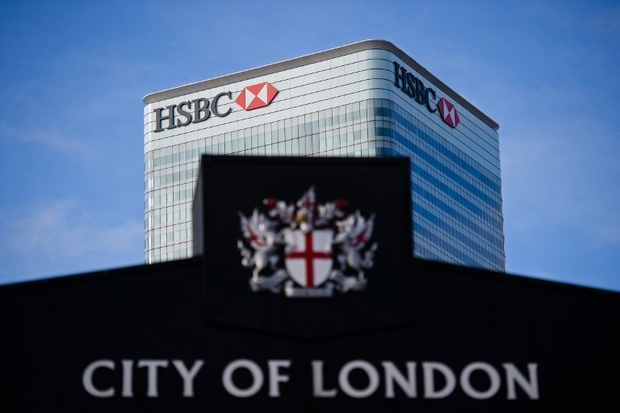 In June 2014, a number of Muslim charities, think tanks and activists received a letter from the HSBC bank, telling them their accounts were to be closed.
The letters provided no explanation nor right of appeal. There had been no warning. The recipients of this letter included a think tank, a charity – and the Finsbury Park Mosque in north London.
This was just the start. In due course, a deluge of organisations connected with Muslim causes were targeted.
One example was the Palestinian Solidarity Campaign, which has agitated in support of Palestinian rights for more than three decades. The PSC received a letter from its bankers, the Co-op, stating that its accounts were to be closed. Once again no explanation, no warning and no right of appeal.
Individuals were targeted as well. One was Anas Altikriti, chief executive of the Cordoba Foundation, a think tank. Altikriti’s family had banked with HSBC since 1985, when he opened an account with the Midland Bank (later taken over by HSBC) in Manchester.
HSBC also sent letters to his wife and his two sons, aged 16 and 12, cancelling their accounts.
They read: “For clarity, it is not our intention to offer banking facilities to you in the future. I would ask you to refrain from making any applications to open any accounts with us, or indeed any part of the HSBC group or MS Bank.”
At the time Altikriti told me of his shock. “It was as though we had done something wrong,” he said, “as though there was some sort of criminality”.
These bank closures were sinister. All those affected were public figures or politically connected. Some had links with the Muslim Brotherhood. Was there a connection with the review into the Brotherhood announced by prime minister David Cameron a few months earlier?
It looked like prominent Muslims were being targeted, but it was impossible to be sure.
When I set out discover the reason, I met a blank wall. HSBC refused to comment, and for many months it seemed we would never know the answer.
Then, in the autumn of 2015, came a significant breakthrough. I persuaded the BBC to allow me to make a Radio 4 documentary about these account closures.
The programme’s producer, Anna Meisel, discovered the existence of a secretive database called World-Check, run by the global information giant, Thomson Reuters, and used by 49 of the world’s biggest 50 banks.
World-Check is not a conventional credit rating agency. It provides banks with data about potential criminal or terrorist associations of their customers, as well as their political connections.
World-Check refuses access to journalists. However, one of its clients, who had reservations about its methods, allowed us access to its software.
Anna and I travelled to a secret location, where we input the Finsbury Park Mosque into the World-Check website. The first word that came up on the screen, input in red, was “terrorism”. We immediately came across data indicating links to the attempted London Tube bombings on 21 July 2005, the shoe bomber Richard Reid and so on.
World-Check cited sources included Muslim Brotherhood Watch, Wikipedia and the by-no-means impartial UAE News Agency (WAM).
This was troubling as the UAE has been criticised for human rights abuses and money laundering itself, and has been known to brand its political critics as terrorists.
It was clear that organisations labelled as terrorist on World-Check could not know their names were being brought into disrepute in this way.
After our documentary was aired on BBC Radio 4, the Finsbury Park Mosque took action. It launched a legal action against Thomson Reuters World-Check. This has taken the best part of two years. But today, Thomson Reuters have at last issued a full apology in open court and made a payment in recompense.
It would not surprise me if the World-Check settlement with the Finsbury Park Mosque will be just the first of a flood of such settlements.
Solicitor Farooq Bajwa, who advised the Finsbury Park Mosque, told me today that he has 23 further cases on his books.
There are similarities with the phone hacking scandal which brought the newspaper group News International to its knees five years ago. World-Check is likely to face a barrage of very similar cases from clients, who feel they have been defamed on the World-Check website.
In some cases, the consequences have potentially been extremely severe. It has caused them to lose their bank accounts, been denied access to credit and even the ability to conduct ordinary lives because of a slur against them of which they had no knowledge and therefore no means of challenging.
The World-Check Thomson Reuters settlement with the Finsbury Park Mosque comes in a week when the world has been convulsed by US President Donald Trump’s inept and bigoted attempt to ban many Muslims from entering the United States.
The case of the Finsbury Park Mosque shows that there are other ways in which Muslims are targeted. Recent pioneering work by Miqdaad Versi, the assistant general secretary of the Muslim Council of Britain, has shown that Muslims are unfairly and falsely portrayed in the British media.
We also learn today that they can be unfairly deprived of basic amenities like bank accounts.
I believe it is essential that parliament must now act in order to protect Muslims – and others – who are falsely branded as terrorists without their knowledge.
Source: http://www.middleeasteye.net/columns/banks-policing-british-muslims-isla…