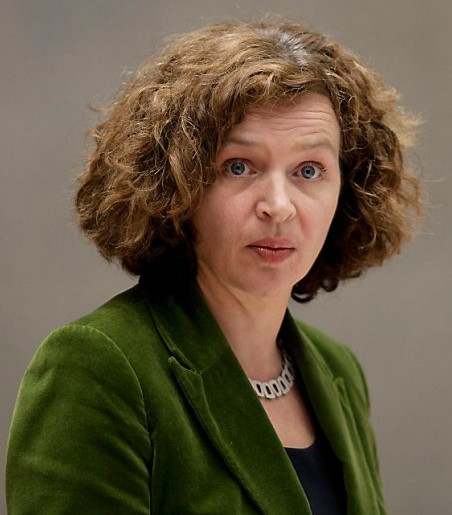 Minster Edith Schippers of Public Health wants the Dutch to “rise up” against Islamic radicalism and to protect the Dutch culture, which she finds “much better” than other cultures, she said at the Hendrik Jan Schoo speech in Amsterdam on Monday. She thinks a freedom coalition should be formed against Islam.
“It is time that we – all Dutch people who love our culture, our freedoms our social contract – stand up to actively defend our achievements”, Schippers said. She finds it important that the Dutch don’t take too much from other cultures. As an example citing the refusal of some Muslims to shake hands. She thinks it a bad thing that people think this should be tolerated because it is part of certain cultures and all cultures should be tolerated.
“I think that a terrible mistake”, she said. “Frits Bolestein said it in the 90’s already. And I will repeat it. Our culture is much better than any other I know. At least for women. At east for the gay or transsexual. At least for people who do not belong to the group in power. For people who do not follow the dominant religion.”
The VVD Minister wants to put a stop to money from countries like Saudi Arabia and Turkey being “pumped into Koran schools and mosques to spread these hostile thoughts”, she said.
She warned of ‘creeping self-censorship’ in schools where teachers no longer dare to be openly homosexual and the Holocaust cannot be discussed. ‘Who still dares to write books critical of Islam, draw cartoons or make films?’ she said. ‘Cultures are colliding. This is where our society’s core values are insidiously affected.’
Other cultures coming to the Netherlands could “certainly enrich society”. But the Dutch must make sure that we do not lose our freedoms and values, she said.