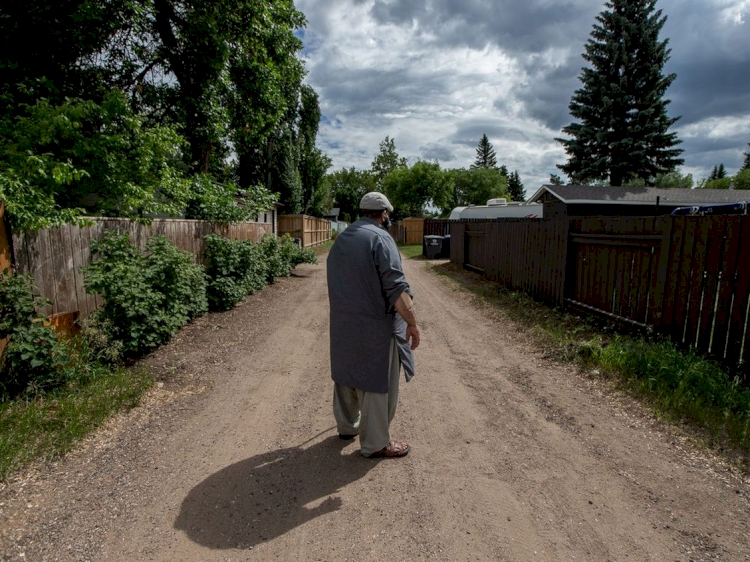 A Muslim man was assaulted in what appears to be another hate crime, in Canada’s Saskatoon city.

According to CBC, the man was “stabbed, beaten and had his beard cut” in an attack which took place early Friday morning.

The victim, identified as Muhammad Kashif, said that he was near his parked car in an alley when another car drove up behind him.

“They attacked […] on my back with a knife or something,” Kashif said, adding that the attackers constantly verbally abused him during the assault.

“Using F-word and saying ‘Why you are here? We don’t like you are Muslim, why are you wearing this dress?’

“And then one guy held my hands and the other guy cut my beard,” CBC quoted Kashif as saying.

According to Kashif, the men stabbed him in the arm before hitting him on the head with a cane that he uses while walking.

Kashif said he lost unconsciousness and when he woke up his keys and phone were gone.

Owing to the early morning hours, he was unable to get help from a neighbour as they were asleep. Eventually, he was able to motion for a car to stop for help.

Kashif had to get 14 stitches at the hospital to close the gash on his arm. Police took a statement from him there.

According to CBC, the Saskatoon police said a probe is underway by the serious assault unit with support from the equity and cultural engagement unit.

Police has asked anyone with information on the attack to come forward.

Kashif is not sure of the number of attackers, but he “recognised one of them as a person who had previously verbally abused him”, the publication said.

Saskatoon Mayor Charlie Clark in a statement said he was “horrified and saddened” by the attack.

“Groups that are spreading white supremacy, Islamophobia and any other form of discrimination need to be investigated and held accountable,” Clark said in the statement. “We must also confront individual acts of racism and discrimination.”

The incident follows one on June 6 when in London, Ontario, four members of a Muslim family were run over while out for a walk, and another as recent as Wednesday when two sisters wearing hijabs were attacked outside of Edmonton by a man with a knife.