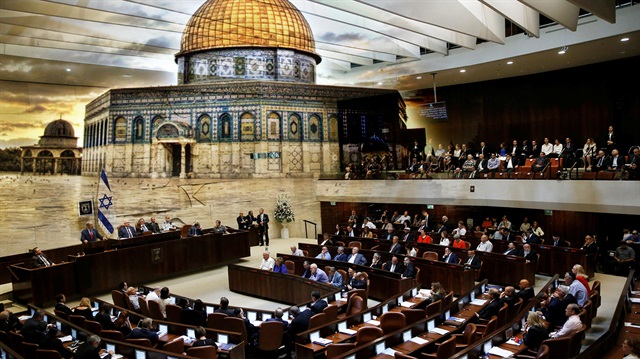 An Israeli Cabinet panel voted Sunday to endorse a piece of legislation that would silence mosque loudspeakers that broadcast the call to prayer, kicking up charges of discrimination from the country’s Arab minority and Palestinian people.
The vote by the Cabinet panel on Sunday means the legislation will be introduced in parliament as a bill backed by the entire coalition – improving its chances for final passage.
Politicians and legal experts say its aim is to target mosques, especially in mixed Arab-Jewish cities where some Jewish Israelis complain about predawn calls to prayer from Muslim houses of worship. Arab Israelis (Palestinians) make up about 20% of the country’s population; 83% of that minority is Muslim, according to Israel’s Central Bureau of Statistics.
Legislators in Israel’s right-wing government have unsuccessfully tried to advance the legislation in previous years. On Sunday, Prime Minister Benjamin Netanyahu lent it his support for the first time.
“Israel is a country that respects freedom of worship for all religions,’’ Netanyahu told his Cabinet on Sunday several hours before the law was approved. “Israel is also obligated to protect those who are suffering from excessive noise of loudspeakers. This is what is done in Europe and this is what is done in some places in the Muslim world.’’