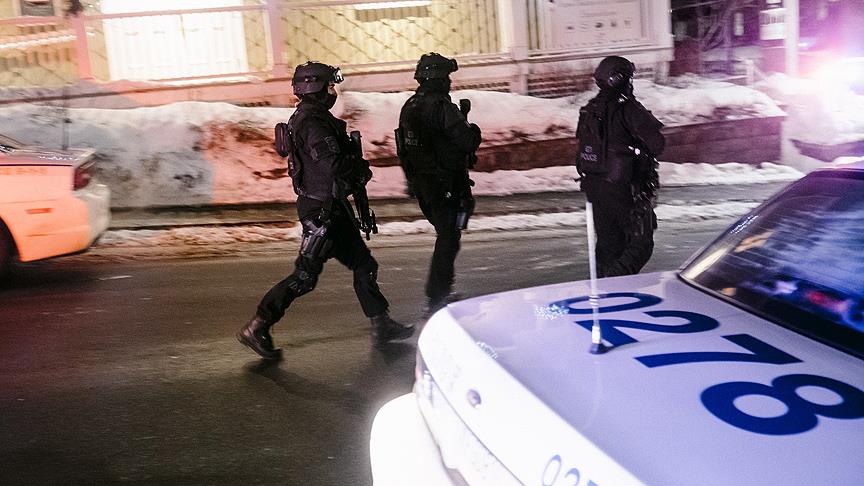 As three of the victims of the Quebec mosque shooting were being mourned at a memorial service in Montreal on Wednesday, a mosque in the city was vandalized — part of a disturbing trend of Islamophobia shaking a country that prides itself on being a place of equality and inclusion.
Such an image of Canada was espoused by Prime Minister Justin Trudeau at the memorial, which was attended by thousands.
“As a community and as a country, together we will rise from this darkness, stronger and more unified than ever before,” the Prime Minister said on Thursday. “That is who we are.”
But is it? Trudeau’s rosy pronouncement masks a seemingly un-Canadian fact: according to several experts, hate crimes and acts of intolerance regularly take place in our country.
“I think there’s a difference between which Canada we’re talking about,” Shirley Steinberg, a University of Calgary researcher and the co-editor of the book ‘Teaching Against Islamophobia,’ told CTV News Channel on Thursday.
People in isolated and homogenous areas, Steinberg said, are more susceptible to extreme right-wing ideologies. She points to pockets in the prairies and British Columbia as prime examples.
“I would say there’s also a very important conversation about the fact that Quebec has outwardly nurtured Islamophobia for at least 10 years,” Steinberg said. “I think there’s a conversation, also, about the difference between Quebec and the rest of Canada.”
In the aftermath of Sunday’s mosque massacre, Montreal’s hate crimes unit reported a major spike in hate-related calls.
“I don’t think people are more racist than they were,” Maxime Fiset, a reformed neo-Nazi who now works with Montreal’s Centre for the Prevention of Radicalization Leading to Violence, told CTV News earlier this week. “I think they’re just more outspoken — and social media gives them a perfect platform to organize.”
It also gives such people a platform. The Quebec City shooting suspect, Alexandre Bissonnette, allegedly espoused extreme right-wing ideologies online.
For years, moreover, Quebec’s political leaders have focused on race and religion in campaign rhetoric, including the former Parti Quebecois government’s call for a ban on displaying religious symbols in public places, a proposal that critics said was meant to target hijab-wearing Muslim women.
“People listen to every word,” Quebec’s Liberal premier Philippe Couillard said in the aftermath of Sunday’s attack. “Badly chosen words hurt, sometimes for life, and we have to be conscious about that.”
Hate crimes, however, are not limited to Quebec.
“We have been talking about this for many years,” Amira Elghawaby, a spokesperson for the National Council of Canadian Muslims, told CTV News Channel on Thursday. “We’ve noted a rise in hate crimes targeting Muslims in this country. It’s doubled over the past three years, the most significant increase against any religious group in this country… It manifests on a daily basis in people’s lives. Absolutely, there is definitely a crisis here.”
Safwan Choudhry, a spokesperson for the Ahmadiyya Muslim Jama‘at religious movement, agrees.
“It is on the rise,” Choudhry told CTV News Channel. He sees parallels between violent fringe groups such as Islamic extremists and white nationalists.
“The underlying objective of both these groups is very identical: it is to divide society.”
In Canada, however, conversations about domestic security seem to exclusively focus on the former group.
“We’re not talking about right-wing extremism,” Elghawaby said. “We’re not having those conversations when in fact, according to security agencies, right-wing extremism is growing in this country.”
There has been plenty of evidence of that this week. In addition to the Quebec City attack and the spike in hate crimes in Montreal, on Tuesday, CTV Edmonton reported the story of a Muslim man who received an Islamophobic note on his car — the first time he had ever encountered racism in his 25 years in the city.
In June, moreover, a severed pig’s head was left at the very mosque that was attacked on Sunday — a highly offensive gesture towards a community that is religiously forbidden to consume pork. Following the U.S. presidential election, religious buildings across Canada were also vandalized with swastikas.
For all of our rosy rhetoric about diversity and inclusion, Steinberg says that more needs to be done for Canadians to truly internalize the message we project to the world.
“We don’t have honest conversations about race and about understanding otherness and diversity,” she said. “We like to pretend that we do.”
Choudhry agrees.
“Come meet your fellow Muslims,” he challenged Canadians. “Ask them questions. That’s how we elevate each other.”
Source: http://www.ctvnews.ca/canada/as-quebec-shooting-victims-mourned-montreal…