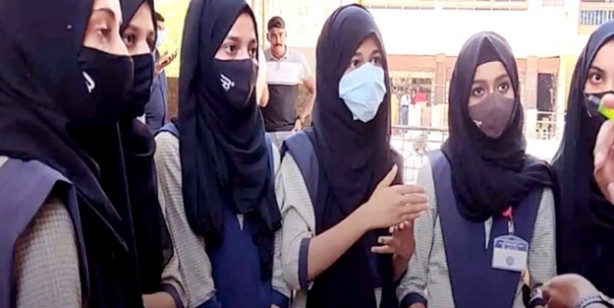 When A H Almas, 18, and two of her friends stepped into their classroom on a December morning, the teacher immediately yelled at them: “Get out.”

The Muslim girls were not allowed to sit in the classroom because they were wearing Hijab, or headscarf.

“When we arrived at the door of the classroom, the teacher said we cannot enter with the Hijab,” Almas told Al Jazeera. “She asked us to remove it.”

Since then, a group of six Muslim students at a government-run women’s college in Udupi district in India’s Karnataka state in the south are forced to sit outside the classroom because the college administration alleges they are defying the rules since Hijab is not part of the uniform.

But the girls told Al Jazeera the Hijab is “part of their faith” and practicing it is “their right guaranteed under law”. They have maintained a defiant stance even as the administration has allegedly used “pressure tactics” to coerce them to give in.

The girls have been marked absent from their classes since December 31 even as they say they are going to the college every day.

“We are not going to budge, no way,” Aliya Assadi, who is a part of the group, told Al Jazeera.

A photo of the students clad in Hijab and college dress while sitting on the steps outside their classroom has gone viral on social media.