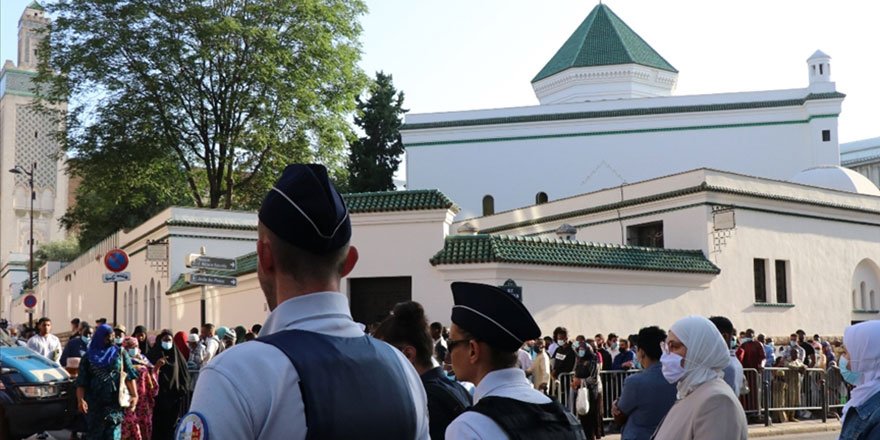 A mosque in the southern city of Aix-en-Provence was vandalized on Monday, in the midst of the increasing acts of Islamophobia in France.
French news outlet BFM TV reported that attackers left anti-islam tags such as “Islam kills” and “Islam out of Europe” on the walls of the mosque.

The Islamophobia act took place a day after the second round of the presidential elections in France.

The tags, which were painted during the holy month of Ramadan, were later erased by the municipal services, according to La Provence.

According to reports, the prosecutor’s office has launched an investigation but does not have any elements yet that would identify the attackers as there is lack of witnesses or video surveillance footage.
“I strongly condemn these messages of hatred and I sincerely hope that the attackers can be identified and brought to justice,” said Anne-Laurence Petel from the political party ‘La Republique En Marche!.’

Petel added that such acts are against France’s “laws and values,” saying, “fraternity and freedom of worship are pillars of our Republic.”

During this year’s presidential elections, France’s deeply divided political landscape has been the scene of a worrying proliferation of anti-Muslim sentiments and rhetoric.

This isn’t the first time mosques have been vandalized in France.
In November 2021, unknown people painted “Cross of Lorraine” tags on the mosques in the small cities of Montlebon, Pontarlier, and Roubaix.

Only a few days later, two mosques in Besancon were vandalized. Attackers used red paint to tag the crosses of Lorraine on its walls.

The Lorraine cross symbolizes French resistance to Nazi occupation in the 1940s, but was used by some activists and far-right supporters to echo their argument about how Muslims are “invading France.”